Any time John Cena takes time away from WWE it provides everyone on the roster with the chance to progress. Other TV regulars find themselves with more air time when the face of the company isn’t around. Those performers who rarely, or never, see the bright lights of Monday Night RAW may find themselves appearing more often. And this extra time can become a regular thing if enough of a reaction is received.


Cena's final appearance before elbow surgery came on the August 19th RAW. After the show he commented via Twitter that him leaving just as Los Matadores debut is a fair trade. This was clearly a joke but it does beg the question of who could "step up" and better their position in the company during Cena's absence.


The obvious person to mention is AJ Lee. On the August 26th RAW she was given an open mic to reveal how she feels about the state of the Divas division, the women that comprise it, and the Total Divas vehicle that she’s been denied a part in. She gave one of the most compelling performances seen in wrestling this year. In a single promo she did more to rejuvenate a shambolic division than all the Natalya v Brie Bella matches ever could.


What will happen next on the Divas scene is anybody's guess. Personally I hope that the women are granted more air time and the various feuds and storylines they're given are constructed primarily around AJ. She's the best all round female performer WWE has at the moment. They'd be foolish not to make her the division's centrepiece as well as its champion.


Up until July Dolph Ziggler seemed to be on track for the number four babyface spot. That doesn't terribly impressive but bear in mind that the three guys above him would've been Cena, Bryan and Punk. Technically I suppose he could still be considered babyface number four (or even three, with Cena out of action) but the gap between him and the next guy on the list, whether you consider that to be 'The Second City Saint' or 'The Dazzler' is gargantuan.


'The Show Off' would've been better served by a continuation of his feud with ADR. That being pulled too early combined with the fact that he's not moved on to anything new has caused him to lose almost all of the momentum he built up in the first half of the year.


That said Ziggler remains popular and could earn himself an elusive and richly deserved top spot. He just needs something to do to give audiences a reason to care about him. 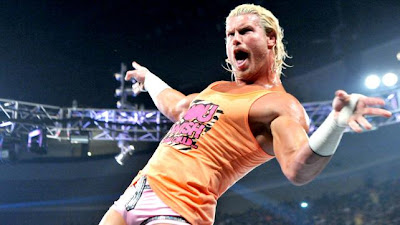 Is 2013 the Year of Ziggler or not?
Curtis Axel has a great chance to “step up” too. He’s working with one of WWE’s most popular performers in CM Punk. He’s only playing a bit part, Heyman’s henchman, but it’s his biggest feud yet. It’s a chance for him to prove to those in charge that he deserves another programme at that level once he’s done with Punk.


As much as I feel he's in the right place at the moment (namely the middle of the card) The Miz is the sort of guy who could rise up the ranks in Cena's absence. In any interview you ever hear with him you'll hear 'The Awesome One' talk about wanting Cena's spot. I agree that everyone in the company should be aiming for the top but few wrestlers seem to actually have the drive. That results in guys who are not especially qualified rising higher than those that are, because they're more willing to put themselves out there and do everything they can to climb to the top.


Miz already does a lot of media appearances for WWE and is apparently considered to be one of the company's greatest social media assets internally. If being a social media asset is judged on the number of Twitter followers someone has (and while that's a ludicrous single criteria to have it certainly is indicative of popularity) then Miz is amongst the top in the company. He can certainly take on more appearances for WWE during Cena's absence but I'm not sure he'll be able to translate any advancement he makes on that front into a better TV spot. He'll certainly be able to argue for more TV time though, and that's a start.


The man Miz is currently feuding with, Fandango, could also make good use of Cena’s absence. We saw ‘The Ballroom Brute’s’ popularity soar the night after WrestleMania, mainly thanks to the fans in attendance taking a liking to his entrance music. European tour aside he’s not reached those heights since.


That magic will be tough to recapture (probably impossible outside of TV tapings from this continent) but Fandango could still move himself up the ranks. Playing such a clearly gimmicked up character helps him. Fans want a bit of variety on their wrestling shows and a ballroom dancer can provide that. If there were more gimmicks on the roster he’d have a harder time of it, but there aren’t. It helps him to stand out.


He’s shown a knack for playing a tweener role, accepting crowd cheers when he’s supposed to be the villain. He, like Ziggler, could make something of himself if given something to get over with. A feud with Miz is not it. 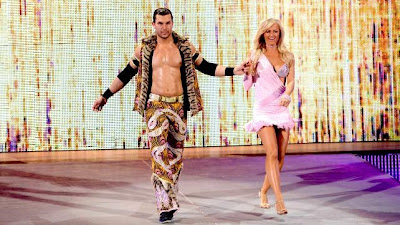 Just turn him face...
The entire tag team division could revive itself while Cena’s away too. It’s been a long time since WWE had this many regular combos on television. The Real Americans, The Shield, Tons of Funk, The Usos, The Prime Time Players, 3MB, The Wyatt Family, and the incoming Los Matadores make eight. When you throw in Big Show and Mark Henry, who have said they’re teaming together to chase the tag belts, and the possibility of Tyson Kidd and Evan Bourne returning to reform International Air Strike and Air Boom respectively and there could be a whopping eleven teams in WWE.


If every guy involved in the tag ranks agreed to work together to make their division into something more than generic TV filler they could elevate everyone. They’re obviously not all going to magically start appearing in RAW main events, but it could lead to regular TV outings on shows that matter for tag teams. And there are a lot of guys that could benefit from that.


Had he not senselessly been turned into a heel back in the spring Ryback would be the ideal candidate to march right up to the top of the card now. Even if he’d turned heel and been kept a strong and dominant character they could probably revert him to the good guy role and do something worthwhile with him now.


‘The Human Wrecking Ball’s’ chances of benefitting from Cena’s absence seem long. He’s not just had his hot babyface momentum stolen from him, he’s been utterly discredited with a string of pay-per-view losses and a whining, bullying character. At this point I can’t see anything giving Ryback his momentum back. But he’s definitely one of the guys that should be doing everything they can to nab themselves a higher spot while Papa Cena’s at home.


The final man I feel is worth mentioning is Wade Barrett. Three years ago he was main eventing pay-per-views against Cena and Randy Orton and was the promotion’s lead heel. There were rumours that the company was going to go all the way with him and award him a run as the WWE champion. Obviously that didn’t happen but that he was in such a lofty position under a year after he’d first been introduced to fans shows that Barrett was considered a man with potential for greatness.


Is he still viewed that way? In truth, probably not.


If WWE thought highly of him he wouldn’t have been competing for the worthless Intercontinental title for a year. Nor would he have been involved in a throwaway fortnight-long programme to keep Daniel Bryan warm just before SummerSlam. He’s not the guy he once was, but there was clearly something about him that allowed him to reach the top in the first place. I’d like him, and those in charge, to remember what it was and get back into the main event.
Posted by Dave at 11:16