The State of WWE: The Belts

It doesn't matter that Dolph Ziggler is in every conceivable way a superior wrestler to John Cena, his world title still doesn't mean as much. It’s the result of years of booking the World Heavyweight championship as a second tier prize. It may be referred to as a world title, and it may be held by some big names and talented wrestlers, but everyone knows the WWE championship is the number one belt in the company.

It's a situation that has harmed the credibility of the Intercontinental championship (as well as the WHC itself of course). Had WWE unified their world belts a few years ago they could have been booking the IC title as they've booked the WHC, restoring it to its place as the promotion's second most prestigious belt and clearing up the trouble of having a secondary award that sounds more meaningful than the top one.

Matters haven't been helped by the stop-start nature of some of the pushes WWE's handed out. Jack Swagger won the World Heavyweight championship in 2010. It came as a surprise at the time but WWE followed through and gave him if not a stellar run then at least a decent one. Once he dropped the title he ended up as glorified enhancement talent, with commentary teams happily remarking practically every time he wrestled that he was a former world champ. Which did nobody any favours. It emphasised just how far Swagger had fallen and made the big gold belt seem less important because had been attained by someone at Swagger's level.

The booking of 'The All American American' by itself did not harm the status of the title. Years of instances of a comparable nature have taken their toll though.

It's not just the titles that have been tarnished by this frustrating booking. Anyone holding the title has come across as a second rate world champion because they're holding a second rate world title. Had the IC title had the spot things would have been different. That's meant to be seen as the prize of the rising stars and the guys who won’t necessarily become the WWE champion. By not being referred to as a world belt it is clearly intended to perform a different function. There's a reason John Cena's only held the WHC twice, and at time when it meant more than it does today.

It's harmed guys holding the Intercontinental and United States belts too. Both have had flourishes of significance when held by performers who care about using them as an opportunity to advance their standing but that's not happened often enough. WWE's swarm of writers have lavished too much of their time on the two world titles, resulting in the mid-card belts becoming trinkets with practically no meaning. If that's how they're viewed then they’ll obviously do nobody holding them any good. If you win something that means nothing then you've ultimately achieved nothing.

The entire scenario has stifled the advancement of several men on the roster. Antonio Cesaro, Jack Swagger, Dolph Ziggler, Sheamus and others have been harmed by WWE's approach to the booking of titles since 2009 or so. A change is clearly needed otherwise the problems are only going to become worse as the titles mean less and less. 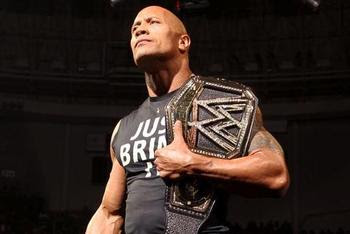 Championships are a necessity in wrestling. They drive storylines and denote who's better than who. Secondary or mid-card titles allow fans to see who's on the rise and provide non-headliners with something meaningful to feud over. World titles show who's the best the company has to offer, with those in contention being top players themselves.

Two world titles means two "bests". Obviously that can't be the case and so the importance of both is diminished. It's a state of affairs held over from the separate roster era. I understand why it came about and I supported it when it worked but now there's one WWE roster again (albeit one that sees several important names sit out SmackDown each week) there's no need for a second world title.

Which brings us back to the idea of WWE needing change. The obvious thing to do is unify the world titles. It could be rushed into. I mean, there's nothing to stop Ziggler cutting a promo about being a better champion than Cena on Monday's RAW and challenging him to a unification match in the main event. It would come out of the blue and be strange but it could be done.

That would be a wasted opportunity though. Obviously a unification match should be happening on a pay-per-view. Even though one of the titles is clearly inferior it's a way of making money and more money will be made if the belts and their holders are presented as equals. The best PPVs to put such an event on would be one of WWE's big four. SummerSlam and Survivor Series no longer feel particularly important but they could suffice. Better would be WrestleMania of Royal Rumble.

Of them the Rumble is the better option. It would allow WWE to offer a unique and important match on what has become their second biggest event of the year. It would also provide a great chance to kick off WrestleMania world title feud. No matter what order they run in the unification bout and the Rumble match itself would provide a clear picture of who's facing who at WrestleMania. With the right winners and the right build that could be great.

There are plenty of answers as to who "the right guys" are to be in this match. There's not one match that would clearly be better than others (not that I can see anyway). Personally I don't think guys like John Cena, Randy Orton or CM Punk need to be involved in the title picture at next year's WrestleMania. They can do more for WWE working against returning part timers like The Rock, Brock Lesnar, Undertaker and, dare I say it, 'Stone Cold' Steve Austin.


Putting guys like Ryback, Ziggler, Rhodes, Bryan, Cesaro, Sheamus or even Mark Henry in the world title programme at WrestleMania would be a better option. At this stage none of them could credibly work against any of the part time gang, and there wouldn't be much interest in many of the possible bouts anyway (nobody will convince me that Sheamus v The Rock would thrill anyone). Placing them in the WWE title scene gives them something important to do and boost their profile while not forcing them into a match they'd look out of place in.

There wouldn't be as much of a rush to unify the Intercontinental and United States titles. With the WHC out of the way WWE could gradually resume booking the Intercontinental gold as the secondary prize, starting with giving it a spot on the WrestleMania card. The United States title could be left alone to function as a third tier belt, booked for cheap pop title switches and trying out guys who the company are unsure about giving a larger role to. Even that would give the US belt a boost, because it would be the only title booked in that fashion, rather than sharing the spotlight with the IC strap.


WWE needs to make its belts mean something. Right now the only title they have with any value to it is the WWE championship. Putting the World Heavyweight championship on Dolph Ziggler is a nice gesture but it’s a very different story to putting the top prize on him. That he’s still clearly below the status of credible WWE championship contender illustrates my points regarding the title situation perfectly.
Posted by Dave at 17:09