From Ring Announcer to Wrestler

I go back and forth on Alberto Del Rio. I think he’s a talented dude. He wrestles a very believable style and he has some of the most wonderful facial expressions in all of wrestling. And he is, of course, a very natural heel.


Right now I’m in a pro Del Rio phase. At the beginning of the year I was unsure that turning him babyface was the right move. Everything about him, from his natural sneer to his aristocrat gimmick, screams bad guy. How many good guys have had personal ring announcers working for them? None that I can think of.


But the turn worked. ADR obviously deserves a lot of the credit for that success but he doesn’t deserve it all. Part of the reason the Del Rio face turn worked as well as it did was the work of Ricardo Rodriguez.


Ricardo was used as a tool to get audiences sympathising with the arrogant Del Rio. The turn actually began when big bully Big Show started picking on Rodriguez and Del Rio stood up for him. Their on-screen relationship was broadened, growing from employer and employee to friends. Del Rio’s friendship with Ricardo was used to humanise him and allow us to empathise with him. We cheered him because he was a stand up dude who’d look out for his pal.


As well as the face turn worked I wasn’t disappointed when he reverted to the bad guy role at Payback. I was surprised that it had come so quickly because there was so much more that a babyface (or should I say técnico?) Del Rio could do, but he is always going to be better suited to playing a villain. I was surprised that Ricardo made the jump back with his boss. Having proven that he could elicit some excellent reactions in his own right I’d suspected that when the Del Rio heel turn came it would be at the expense of Double R.


Obviously the lure of a double turn alongside Dolph Ziggler was too much for WWE to resist. And they made the right decision. The loss at Payback elevated ‘The Show Off’ nicely. It was absolutely the right thing to do. 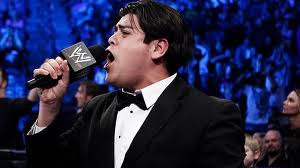 Can Ricardo Rodriguez succeed without Alberto Del Rio?
We’ll never know if there was an original plan to get ADR back to being a baddie at his ring announcer’s expense but we do know that the split happened not long after the two became villains again. The August 8th RAW saw Del Rio give Rodriguez a vicious pasting. It made it very clear that the Del Rio character no longer views Ricardo as an asset at ringside. Ricardo had been knocked about by his boss before but had always stuck by him (the wrestling equivalent of an apologetic abused spouse). The severity of this beating and Ricardo’s subsequent disappearance from television has made it clear that the two have been separated permanently this time.

And this begs the question of “What next?” Right now Del Rio is embroiled in one of the most underwhelming feuds of the year against Christian. It feels like a placeholder programme. It’s not likely to stretch on for months on end. I’d say it could wind up at SummerSlam. It will definitely be over and done with by September.


From there I suspect we’re going to see an actual feud between Alberto Del Rio, wrestler, and Ricardo Rodriguez, ring announcer. How that will work is anyone’s guess but it looks like that’s what WWE’s planning. Why else would they split Ricardo from his kayfabe benefactor? If he’s not going it alone or working alongside Del Rio there’s nothing for the guy to do.


Ricardo’s a fully qualified wrestler in his own right (he’s appeared on NXT programming a few times as El Local and wrestled on the indies before his current gig came up). He could get into the ring and wrestle ADR but realistically that shouldn’t happen any time soon. For Ricardo to go from a ring announcer to performing hurricanranas and super kicks on a world champion would obliterate suspension of disbelief. The smarter approach would be to have Ricardo interfering in ADR’s matches and feuds for a bit while acknowledging that he’s training to be a wrestler.


A feud between the two could be big. For Del Rio it’s a chance to get over as a truly nasty individual, one who’ll victimise someone whenever he gets the chance. In a way, that’s already been hinted at with Ziggler. For Ricardo it’s a chance to develop into an in-ring performer, an underdog who’ll do his best against long odds. That’s a role I think Ricardo would be well suited to playing and something I think WWE audiences would take to.


Beyond this programme ADR would carry on about his business. But for Ricardo it’s make or break. If he can’t be accepted in a story which sees him battling his tyrannical boss (something WWE has more than a little practice at promoting) then he’s unlikely to get over in a follow up feud with Wrestler A over Reason B.


I think Ricardo will do it. He’s an extremely emotive performer and he’s not afraid to take a big bump. Audiences have warmed to him once. I think they can be convinced to again.
Posted by Dave at 12:30