Can Daniel Bryan defeat John Cena for the WWE championship? That's the big question going into SummerSlam. Personally I think he can. Over the last eighteen months he has progressed from an upper mid-carder to one of the most staggeringly popular men in WWE. Considering that status jump it's easy to envisage him with the top title.


I should point out that when I talk about popularity I'm not referring exclusively to "Yes!" chants. They helped Bryan gain an initial nudge up the roster but his continued success comes just as much from his fast-paced, hard-hitting performances in the ring and general presentation as a man who won't back down as it does from an admittedly catchy one word chant. He's established himself as a star and WWE are doing the smart thing by making the most of his popularity.


Deciding whether or not Bryan's going to actually win the WWE championship is less a question of deciding whether he's ready and more a question of whether John Cena's latest reign as champion is ready for termination. I think it is. Cena's been the champion since WrestleMania in April. It's far from his longest run but Cena doesn't need the belt in his position. He's established enough to get by without it. He currently has the title for two reasons: because it had been a while since he'd been champion and because the stakes needed to be raised for his rematch with The Rock.


Having notched up a long enough run he's ready to drop the title. WWE now have the luxury of being able to relieve him of the prize whenever they choose, allowing them to select the ideal candidate. And Daniel Bryan seems pretty ideal right now. 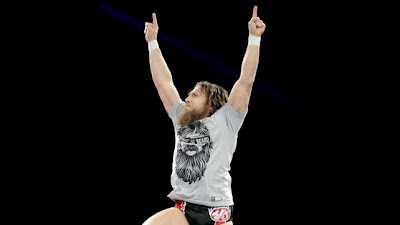 The next WWE champion?
The thing is that it's difficult to envisage Bryan defeating Cena clean. I can't remember the last time someone not named Dwayne Johnson beat John Cena in an unquestionably untainted manner. For all the push he got CM Punk never managed it. Cena was always protected when facing him, to a greater or lesser extent. And if Punk, the man who’s gone from being just another guy to the promotion’s number full-time over the last two years, wasn't allowed to beat Cena clean I can't imagine Daniel Bryan will.


Nevertheless I do think Bryan will win at SummerSlam. There are numerous ways WWE could go about protecting Cena in defeat. The McMahon family feud has slipped into Bryan's orbit in the last two weeks. Triple H and-or Vince could head to ringside at SummerSlam. From there the execs could get into a shoving match that distracts Cena, allowing Bryan to get a small package victory. Or Vince could actively seek to cost Bryan, whom he's stated he doesn't think is WWE championship material, the match.


They could have the Nikki and Brie Bella, the girlfriends of Cena and Bryan respectively, interfere too. Hey, I’m being facetious but far crazier things have happened in wrestling.


A more likely option is a wrestler interfering who's not currently involved with either Cena or Bryan. The obvious choice there is Randy Orton. His Money in the Bank briefcase permits him a WWE title shot at any time he likes before next July. 'The Viper' cashing in would make sense for obvious reasons: turning him into a lead bad guy and starting at least one fresh feud.


Orton could interfere in the match and then cash in on Cena. That would immediately turn him heel because he would have interrupted a highly anticipated match and also have bypassed Daniel Bryan, his actions being those of a man feeling he has more right to the title match than 'The World's Toughest Vegan'. They could also have Orton cash in on Bryan after he’s won a hard fought match with Cena. That would depict Orty as an opportunist and allow for a gradual heel turn.


It's the latter I'd prefer. A slow turn would suit 'The Apex Predator's' character better. The former has its good points too though, most obviously the option of linking it in to the Vince and Triple H’s latest feud. Orton could be presented as Vince's chosen one (Drew McIntyre is so 2009).


Either scenario would work, and give WWE a couple of different options for the WWE title feud: Orton v Bryan one-on-one, a three-way also involving Cena, or a rerun of the ever dependable Cena v Orton feud which completely omits Bryan. I'd quite enjoy a three-way programme for a month before giving Cena something new to do and leaning Bryan and Orton to it. That way the rivalry can go for longer. Hopefully Cena v Orton doesn’t return to our screens for a long time. I’d be quite happy if I never saw the two wrestle again.


Any sequence of events that sees 'The Apex Predator' leave SummerSlam as WWE champion should benefit Bryan in the long run. It allows him to continue chasing Orton as the wronged underdog. That’s a role Bryan's played well in his WWE career so far. I see no reason to drastically change things for him now.


I don’t know if Bryan will win. But I hope he does. Right now he’s one of WWE’s biggest potential stars.
***
Why not have your say on this topic? Until SummerSlam there's going to be a poll in the top right hand corner of this page asking if Bryan is the next WWE champion. Cast your vote now!
Posted by Dave at 20:51