In Fairness to Russo

Vince Russo had his strengths as a writer.


This is not something you’ll hear many people say. Or see them write. The general opinion on Vince Russo is that he takes credit for things he has no business taking credit for, has an unhealthy obsession with swerve turns and worked shoots, and that he was a talentless hack who produced nothing of value without Vince McMahon around to filter the good from the bad. Oh, and that he killed WCW.


There’s probably some truth to all of those points. He has claimed in interviews that he suggested certain lines or mannerisms to big stars such as ‘Stone Cold’ and The Rock, which have been refuted elsewhere by other people. In a collaborative field such as professional wrestling there’s always bound to be some dispute with regard to who created what but I’m generally inclined to side against Russo on this point.


He was around the roster but I can’t imagine him coming up with all the things he claims he did during the late nineties. Rock, Austin and others were talented enough to work out their own material. And still do, noticeably without the input of Russo.


His obsession with swerve turns and worked shoots is again something I shan’t try to argue against. Russo does seem to love both things. The evidence is there for all to see. His defence is that employing these tricks allowed him to better emulate “edgy” shows like Jerry Springer and Beavis and Butthead, which were popular shows during the Attitude Era and have been cited as sources of inspiration by Vinnie Ru.


I can see what he was trying to accomplish with this approach, although he came close to going overboard in the WWF and went completely off the rails when he was heading up WCW. There though it wasn’t Russo’s sole decision to employ worked shoot angles: a good portion of his time as head creative force in WCW saw him working alongside Eric Bischoff. You only need to look at the current TNA product, which Bischoff has been helping to produce for a number of years and has recently been put in charge of, to see that he’s just as enamoured of the approach as is Russo.


The thing about Russo being filtered by McMahon is probably valid too. When Russo moved to WCW he had nobody working above him as far as creative was concerned. He had to take into account the creative control clauses of certain performers and the desires of parent company chiefs but otherwise was free to produce what he wished. That it was mostly insane nonsense (though strangely compelling insane nonsense over a decade later) shows that Russo probably did need McMahon around to decide what would work and what wouldn’t.


I think it’s completely ridiculous to claim Russo killed WCW. He certainly didn’t help matters but the promotion was in trouble long before he joined and was going to be axed whether he was around or not. Turner bosses didn’t want to own a company that couldn’t pay for itself. Nor did they want a wrestling programme on their television schedules. That’s a fact and a larger contributing factor to WCW’s downfall than Russo’s booking. The ratings had been tumbling long before Russo was brought in, because the WWF had a more dynamic, interesting product.


For the record, the creative control clauses didn’t help WCW either. They hampered whoever was in charge and were a contributing factor to the WCW TV product gradually falling apart once the WWF took the lead. Everyone had been happy to go with the vision of whoever was in charge when WCW was on top. Once they were in second place everyone had a different view on how to get back into first, which prevented a coherent vision formed and presented. 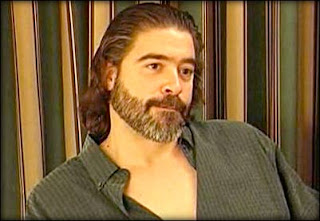 Vince Russo: one of the most divisive figures to ever work in pro wrestling
What Russo did well was ensure that everyone on the roster had something going on. Whether it was a memorable gimmick or noteworthy feud, it was rare for any member of the roster to be doing nothing under Russo. In the WWF at least. His lack of success in WCW meant he wasn’t around long enough to pay attention to lower card performers there.


I don’t know what Russo booked in the WWF but I can hazard a guess. To my mind it seems reasonably safe to assume that Vince McMahon would have been more heavily involved with the headline scene and star creating process. Those were the most important areas for the promotion to concentrate on and McMahon, as the boss, would likely have made sure he was the one primarily concentrating on them. I imagine Russo would have had input and come up with broad storylines but it would have been McMahon’s area.


I suspect Russo concentrated more on the middle and lower portions of the card. I’ve never read or seen an interview in which he hints that this is the case, but that’s to be expected. Why would he admit to being the man who booked Taka Michinoku, Val Venis and Steve Blackman when he can say he was the genius planning out the drama between Austin, Rock and Triple H, pulling them aside to feed them cool lines as he went? With nobody able to prove him wrong Russo is in a perfect position to embellish the truth.


The booking similarities between the WWF mid-card and the Russo-in-WCW experience in general lends this theory credence. The WWF mid-card featured a lot less forward planning and consistency than the headliners and rising stars did and is where most of the Attitude Era’s plethora of swerve turns took place. It was a less polished, more anarchic feel than the top of the card, similar to what Russo would later be unquestionably responsible for in WCW.


But, as I said, his strength was always having something for people to do. Everyone in the WWF, from Crash Holly to D’Lo Brown, from Mideon to Tiger Ali Singh, was distinguishable from their peers in a meaningful manner. Did it all work? Of course not. We got Naked Mideon, Lo Down, and the unresolved implied castration of Val Venis by Kai En Tai. But we also got Crash Holly’s belief that he was a superheavyweight, the Headbangers’ reign as “mystical” tag team titles and a variety of wrestlers appearing under the Blue Blazer mask as though they were all one person. It was hit and miss, but at least there was something happening.


Compare that to the modern WWE product. I’m not going to trash what WWE are giving us now because in truth the company has been steadily improving over the last two years following half a decade or so of infuriating drifting. Things are getting better thanks to an engaging main event crew and a renewed focus on creating new stars.


But the fact remains that once you get down to the mid-carders there’s not much going on there. Wade Barrett’s a good example. We’re told every week as he walks to the ring that he’s a former bare knuckle boxer from England. The only things about him that can be said to reference this gimmick (and true or not it is a gimmick) is his Bullhammer finisher and the taunt he does when he climbs into the ring. In practice there’s not really anything to separate Barrett from the various other mid-card villains running around the place.


The WWE writing team could learn from the Russo approach. The promotion will always succeed or fail based mostly on the strength of its main event line-up. But it doesn’t hurt to give career mid-carders something to do as it creates a livelier, more varied and compelling show. And, more to the point, the mid-card is the home of every future headline star the company has. Wrestlers don’t just turn up ready to win world titles and main event pay-per-views.


I’m not going to advocate Russo being rehired to write for RAW or being posted to NXT. He is not someone who should have any direct contact with any current WWE creative team member. But exposing writers to his approach by showing them videos could give them a better understanding of writing for a full cast, rather than just a select four or five.
Posted by Dave at 21:39