The Intellectual Babyface (of the Unwashed Masses)

This time last year I said there was little fresh materiel for Alberto Del Rio, suggesting the best thing for him would be a rest from TV for a month or two. I added that a face turn wouldn't work because his character is naturally too heelish. As I turned out to be completely wrong (due to a combination of Ricardo Rodriguez and ADR being more capable of empathy than I believed) I'm wary of making similarly bold statements on the subject of face turns.


That said... surely there's nobody better positioned to be the bad guy than Damien Sandow. Which makes the rumblings of a potential goodie switch troubling.


Sandow is a good wrestler, a very good promo, and has a fantastic character. He's routinely one of the highlights of every show he's on. I'm sure he's talented enough to make a face turn work. It's very easy to imagine tweaks that would see him directing his intellectual ire at his peers instead of the audience, and anyone who's made it to WWE's main roster should have enough experience to be at least competent at playing a good guy. 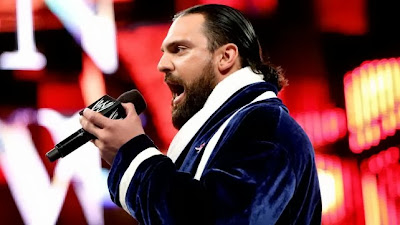 Not a natural good guy
But it would still feel like a waste. 'The Intellectual Saviour' character is too good to be downplayed or altered. There's still so much left to do with it, so much potential. Sandow could give heat-generating lectures or reintroduce the fan quizzing segments he performed earlier this year. The promo-heavy nature of the gimmick would make Sandow a natural fit for one of the chat show segments WWE loves to dish out. There are so many options with Sandow that WWE shouldn't need to think of turning him for years.


It's also worth pointing out that WWE already has an under-utilised, and (formerly) incredibly popular, babyface on the books. Dolph Ziggler was one of the biggest stars in the company over the summer and seemed on the cusp of becoming a lead player. But he was given little to do after dropping the World championship to Del Rio and has since sunk down into the mid-card, where he's been treated like anybody else. Why turn Sandow, necessitating a change in his enjoyably snooty routine, when you have 'The Show Off' to put into the role?


A second rumour (I'm big on rumours today) states that WWE is concerned about the lack of depth on the dark side of the force. Wouldn't Sandow's turn only worsen that state of affairs? It certainly wouldn't improve things. As one of the most natural heel characters the company has he should be kept as he is. Build on what's already there, don't change things needlessly because there's a current shortage. That'll only makes things worse in the long run.
Posted by Dave at 21:56