That Wrestling Podcast Episode 13 by Dave Hatton on Mixcloud


Today’s episode is an almost fifty-fifty split between to topics. One is Paul Heyman and his Paul Heyman Guys. Specifically we chat about what WWE’s premier agent’s three current clients are up to and what they could do in the future and what they could be doing in the future. Also, who on the roster and in developmental would work well alongside Heyman as fresh clients. 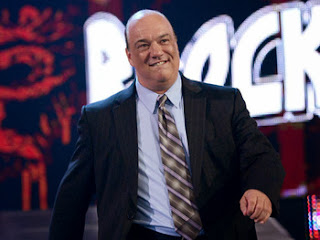 This is how Heyman struts to the ring when managing Paul Heyman
The second topic, the first discussed, is about wrestling. It turns into a stream of nonsense fairly quickly but amazingly doesn’t veer off course at all. And we discuss ring gear for eleven minutes.


The final thing I’ll mention is that I refer in this podcast to Enzo Amore being from New York. I suspect he may be from New Jersey. If this is the case then I can only apologise.
Posted by Dave at 09:04