That Wrestling Podcast Episode 11 by Dave Hatton on Mixcloud


As Jim Ross and Triple H are fond of saying, there is no more important part of the current WWE system than developmental. It’s there that all of the future stars of the company can be found. The next John Cena, if there is to be a next John Cena, is either there now or will go through there on his journey to the main roster. It’s WWE’s tool for moulding wrestlers into superstars and ensuring its future as a company. For all the output of WWE Studios or big deals struck with names like The Rock and Brock Lesnar its NXT on which the future of WWE hinges. 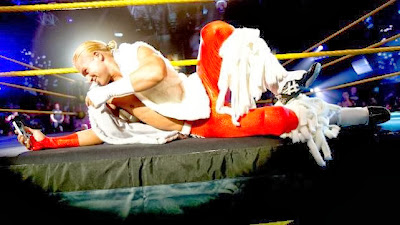 Tyler Breeze: a good-looking man
And it’s NXT which is under scrutiny in the latest episode of That Wrestling Podcast. We talk about guys we like there, the approach taken with the booking of the group, and potential gimmicks for people stationed there.


Plus a little bit of Kevin Nash, and his thoughts on big men, and Ezekiel Jackson. It’s a hefty, and unwieldy, instalment.
Posted by Dave at 15:37