That Wrestling Podcast Episode 12 by Dave Hatton on Mixcloud

TNA has been in a rut, creatively and financially, for a long time now. There are many reasons for this, a leading one being that they don’t have any stars capable of leading them to prosperity. None of their biggest homegrown wrestlers are up to the task and nobody brought in from WWE and-or WCW has been capable of it either.


Anyone who’s going to lead a wrestling company to success in this day and age will do so because of a combination of promo ability, charisma, luck, and wrestling ability. Someone already talented needs to come along at just the right time, and that’s not yet happened in TNA. 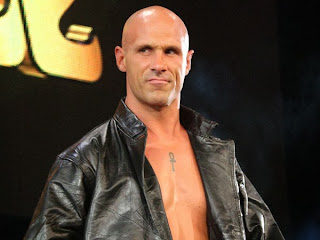 Was Chris Daniels ever going to be 'The Big Man on Campus' in TNA?

This forms the backbone of the twelfth episode of That Wrestling Podcast. We look at the top three TNA guys from throughout the company’s history, AJ Styles, Chris Daniels, and Samoa Joe, and talk about whether there’s any chance left of them becoming the star TNA has always needed one of them to be. TNA diehards probably won’t enjoy this episode.
Posted by Dave at 08:36