When ROH announced the brackets of their world title tournament I said that the final four would almost certainly be Cole, Ciampa, Steen and Elgin (read that here). Those are the four that have made it. I also said that predictability doesn’t necessarily equate to a poor product, and it doesn’t. All the surprises in the world won’t make bad matches any better, but sadly the quality of the tournament outings has, for the most part, been only average.


At least we’ve got a final four that make sense. Even though he doesn’t seem quite as popular as he was six months ago Steen remains the promotion's top good guy. Having him get this far helps him to stay that way and also ensures the brackets remain credible. Elgin is finally getting the main event push he's warranted for a while. This is a natural way of elevating him in a company like ROH. The same goes for Cole really, only with the addition of a gradual heel turn playing out as he advances. Which is a nice thread to follow.


Ciampa seems to be the odd man out. He's the only one of the four who hasn't been a regular over the last year to make his addition at this point obvious. That's not his fault, of course. He was injured. It seems as though the tournament's being used as a way of elevating him by association. That he's made it as far as the three bigger names theoretically puts him on their level.


When I was originally writing about the brackets I said I expected a Cole v Elgin final. I still do. ROH could still surprise us but realistically they won’t. Elgin defeating Steen would be a boost and make it seem all the more likely that he's the next world champ (because wins over Steen are not dished out to just anyone). The Cole v Ciampa semi-final is the perfect opportunity to get over Cole's heel turn by having him cheat to beat 'The Sicilian Psychopath'. That also has the benefit of allowing Ciampa to be presented as a dominant force throughout the majority of the match.


Anything other than a Cole v Elgin final just seems incredibly unlikely. But that’s not too bad, because with that match will come an incredibly hard to predict outcome. 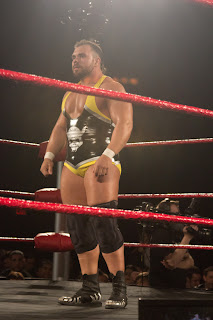 Is this man the next ROH world champion...?
‘Unbreakable’ could win the championship, showing that he’s the company’s top star and capable of overcoming anyone placed in front of him. There would be a few different things that could be done with him as the champion. He could either move into a feud with Cole, which would presumably take in a rematch at Final Battle and last into early 2014. He could be pitted against various top names with minimal storyline effort, similar to ROH of the early days (there’s something a little old school ROH about Elgin).


Plans could also be made to gradually turn him heel. Already Elgin’s reactions from audiences have diminished. He’s heard outright negativity from the New York crowd. It seems as though Elgin is the sort of champion on whom fans will turn once they’ve got the gold. That’s nothing new for Ring of Honor and they’d do well to simply embrace it and turn Elgin a few months into his reign. Steen would make a good opponent for him, seeing as he’s as close as ROH has to a leading man.


A victory for Adam Cole could finalise his transformation into the company’s lead heel. He’s arguably already there, he just hasn’t done anything particularly dastardly in the role yet. Cheating to defeat Michael Elgin would be just the ticket to set him up. It could also help to revive Elgin’s flagging popularity. 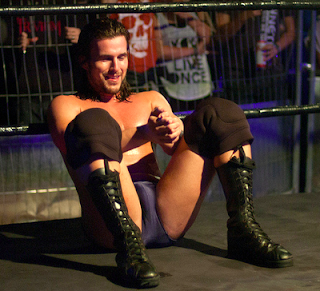 ... Or will Death Before Dishonor XI be Adam Cole's night?
While I can imagine Elgin having a lengthy title run the same can’t be said for Cole. I can imagine him losing the title before next summer, almost certainly to Elgin. I think Cole would make a great long-term champion, especially if he started off as a heel. A face turn after a year or so as champion could provide his reign with longevity. I don’t think this is likely though. If Cole wins I think he’s going to be a short term champion who has the belt mainly to give Elgin someone to chase.


I hope they go with a Cole win. I think that’s the best way to handle Elgin winning the title. He needs to beat someone who the fans really can’t stand in order to have a fair crack at working out as a long-term top face (which is hopefully what ROH wants of him). If Elgin simply defeats Cole in the tournament final there’s nowhere left for him to go. He’ll have proven he can defeat Cole and there will be no other believable heels for him to be pitted against.


The smart move is to have Cole win and Elgin beat him after a few months, possibly at Final Battle. That will give Ring of Honor time to prepare some heel challengers for Elgin. Face versus face title defences will only see fans turning on him.


If Elgin had won the title a year ago they wouldn’t be in the situation of having to book a tournament now. But for whatever reason they didn’t. ROH has so far made the best of an awkward situation. Hopefully they’ll continue with that in the finals and beyond.
Posted by Dave at 08:36