He Will Rock You


Wrestling fans seem to be split on this topic. Some are of the opinion that Rock will wrestle on the show while others believe he won't be involved at all. I think the latter group are being naive. For Rock to have nothing at all to do with WrestleMania after appearing at the last three and wrestling at the last two strikes me as incredibly unlikely.


Whether or not ‘The Great One’ will wrestle is another question entirely. I think it’s likely he’ll wrestle but it’s not a certainty.


There are a number of things that convince me 'The Brahma Bull' will wrestle at WM30. Firstly, a star of The Rock's importance, and he has been among the five most important stars to the company ever, deserves a big send off and retirement match. He can't get that without wrestling again, and if he's going to wrestle again it will be at WrestleMania. Maybe he'll retire next year, or maybe it will be the year after. But he'll keep doing an annual 'Mania match until his final outing rolls around. 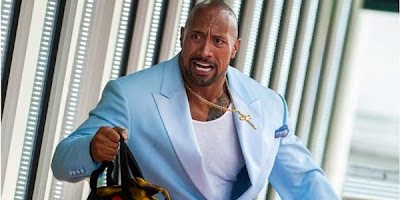 The Rock will be back. And hopefully he'll be dressed like this
He's also a crossover dream for WWE. Being one of Hollywood's biggest name leading men means Rock's never more than a few months from a film release. Something like that is important to WWE. They like to try and reach new fans.


Oh, and The Rock's already been announced as the cover star of WWE 2K14. Would WWE really want a man who's skipping their biggest annual show on the cover of their games until next autumn? I can't see that. Rock being on that cover is practically a press release from WWE announcing Rock's working 'Mania.


I'm sure Michael Bay and others invested in the Hollywood cabal would rather Rock leave wrestling behind. I don't think Rock would ever return to the wrestling business over acting. He's made that decision before and our world ended up staring at the lights. But Rock’s from a wrestling family. The wrestling business has always been a part of his life and I don't think he'd ever cut it out completely just to act. I think it's going to be a careful balancing act and well planned schedule until he retires.


A more interesting topic is potential opponents at WrestleMania. Cena is (hopefully) out. I didn't hate their matches as much as some but even their biggest fans would have to admit there's little fresh ground that could be covered in a third instalment of that feud. The biggest matches Rocky could have are challenging The Streak or taking on Brock Lesnar.


The latter was said to be the original long term plan after 'Mania XXIX. 'The Beast' was to attack The Rock on the April 8th RAW to start the programme but didn't happen because The Rock was injured. I think it still has to be the favourite option for both men. A Hollyood megastar wrestling an MMA fighter? That’s not the sort of thing WWE turns down.