On the September 2nd RAW Triple H fired Cody Rhodes. At first it appeared to be nothing more than a convenient way to give Cody a few weeks off to get married and have a honeymoon (you know, like a normal person). It did the job of excusing Cody and got over 'The Game's' heel act, and it seemed that that was all it was intended for.


It has developed into far more. Cody's dad and brother appeared on TV in his stead to discuss him getting him his job back. Both were humiliated by the McMahon fam. Dusty took a solitary punch from Big Show on the orders of Stephanie while Goldust wrestled and took a pasting from then WWE champion Randy Orton at the order of Tripper.


These could have been throwaway or filler parts of their respective episodes. They weren't. Everyone involved did their best to make them memorable pieces of WWE television. Goldust in particular shone. He did an exemplary job of emphasising the importance of his return to RAW and his match with 'The Viper', which would have seen Cody rehired had he won.


The match itself was great. Fans were drawn in in part because of ‘The Golden One’s’ status as a character from the company's past and the rehiring stip. But the quality of the match and the performance of the two wrestlers undoubtedly helped.

Based on that single episode of RAW alone WWE could do worse things than rehiring Goldust as an agent. He could teach a lot of guys a good deal about creating and establishing a character. There may not be any as outlandish as Goldust on the roster anymore but his knowledge would still apply. 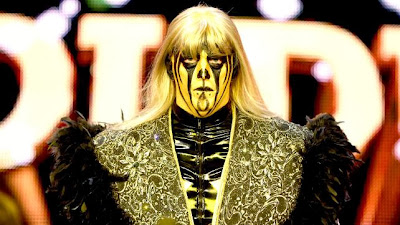 That wig has seen better days

The September 23rd RAW saw Cody and Goldy run in through the crowd and attack The Shield in response to their father’s treatment the previous week. Wherever the storyline is going it's clear it's not yet peaked. There are various things we could see happen. Cody and Goldust could be made to wrestle for a contract, which could be a very emotional match with the right crowd. It could harm Cody’s face turn though, which is the main reason I think this is something we won’t see.


A swerve turn and singles match isn’t out of the question although it would be asting a clearly popular performer in Goldust and potentially risking Cody’s face run. The two have wanted to face each other at WrestleMania for years so it shouldn’t be ruled out completely. It’s certainly the sort of thing I could imagine WWE promoting on one of their strong B plus level pay-per-views.


What comes to mind for the pair’s immediate future is a match with The Shield. I’d like to see them against Rollins and Ambrose although the combo of Rollins and Reigns seems likelier. Hey, maybe they'll push the boat out and give us a six man match pitting the Rhodes family against 'The Hounds of Justice'. Longer term Goldy and-or Cody could find themselves tangling with Big Show and possibly even ‘The Cerebral Assassin’ himself.


Ultimately it doesn’t matter what matches we get. This is a way of elevating Cody Rhodes. He’s someone that is capable and deserving of a higher standing in the company. It’s nice to see WWE recognising that and Goldust getting to contribute too. This is proof that over the last twelve months WWE has seen a return to form when it comes to creating stars.
Posted by Dave at 20:07