During all of this Styles has been given every chance to succeed. He's one of the few non-former WWE employees who has been consistently presented as a star by the league. Along with Samoa Joe and Christopher Daniels he was a part of what is acknowledged to be the greatest feud and match(es) in company history. The NWA world championship and its replacement TNA world championship have both been his. So have the tag team title and the X Division title. For that matter he was one of the earliest stars of the X Division and one of the men who made it stand out as something special.


He's played heel and he's played face. He's played the underdog, the villainous braggart and the charismatic loner. He's wrestled everyone of note to have ever worked for the company. TNA could not have given AJ Styles more chances to make something of himself.


Amongst TNA fans he is acknowledged as one of the best on the roster. Even someone watching TNA for the first time would be able to see how talented and skilled the guy is. As a complete package wrestler the only area that lets him down is his promo ability, and that can be overlooked because he's passable with them and so good at everything else. 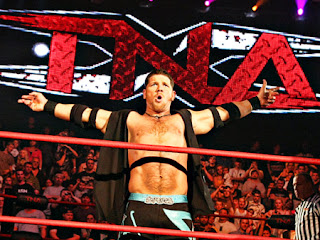 As good as he is, he's not the star that TNA needs
Something that very few, if any, first time viewers of TNA programming would say about AJ is that he's ‘The Man’. I suspect such viewers, if asked to pick out TNA's main guy, would point to Bully Ray or Sting or perhaps Jeff Hardy. It’s possible that even on-screen boss man Hulk Hogan would get a nod. Styles doesn't look or carry himself like ‘The Man’. He doesn’t seem poised to take that spot either.


This is nobody's fault. Over the last decade TNA have done an admirable job at trying to present AJ as their biggest home-grown star. For his part Styles has performed everything asked of him to the best of his ability. Neither party could have done more in the pursuit of this goal. The truth is that not everybody can be a singles main event wrestler.


But what else can AJ do? A return to ROH could be creatively rewarding but would come with a pay cut and a drop in profile. That's not an option for 'The Phenomenal One' who has a family to support.


Pursuing a career with WWE could lead to big money, but at his age (36) and wrestling his style the odds would not be in his favour. The move would also come with a mandatory relocation to NXT. That would do Styles' confidence no favours. It would also lengthen the odds of him becoming a success on the main roster.


The best thing for him is to stick with TNA, where he's guaranteed a spot for as long as he wants one and is destined for a spot in their Hall of Fame (if they can survive long enough to induct him). Right now the best thing for AJ would be to return to the X Division to try and give it a boost by association. It's the one area of TNA programming WWE doesn't have an equivalent for. The company should be doing far more to spotlight it. Involving one of their biggest stars would certainly do that.
Posted by Dave at 21:21