Light in a World of Darkness

As he only debuted on Monday it’s too early to comment on Bray Wyatt’s WWE career. I can say it looks promising and that I hope he becomes a main event star but that’s about it. It is, however, the perfect time to comment on his introduction to WWE television.


There has not been such a successful WWE debut in a long time. Certainly none of last year’s standout debutants, Damien Sandow, Ryback, Antonio Cesaro and The Shield, received such a great introduction to TV. ‘The Intellectual Saviour’ featured in a series of talking head vignettes which, while funny, proved to be nowhere near as compelling as Bray’s.


Ryback spent six months squashing nobodies in a slow-building push. It was effective but there was no immediate gratification to be had. And what enjoyment did exist was dampened slightly by chants of “Goldberg”.


Antonio Cesaro was linked to charisma vacuum Aksana in backstage skits and was touted as a disgraced rugby star banned from the game for excessive brutality. Yes, despite him being a textbook Vince McMahon world champion that was what Cesaro had to work with. Indy success going against someone starting out in WWE? Who’da thunk it?


The Shield’s first appearance was memorable but it came unannounced. The trio interfered in a WWE championship match at Survivor Series. Sharing screen time with CM Punk and John Cena is not a bad way for someone to start off in WWE, but the lack of hype means that their first appearance is unlikely to be as fondly remembered as Mr Wyatt’s.


Not since CM Punk has the introductory series of vignettes approach been employed so effectively. Even then I think a large part of Punk’s eagerly anticipated first appearance was due to his reputation and the fact that he was going to be booked by Paul Heyman in ECW. The vignettes had their place but there was a bigger picture that meant people were keen to see ‘The Second City Saint’.


Wyatt’s first appearance was a succession of visual triumphs.


His look alone is enough to make him memorable. That he wore street clothes may seem like a minor thing but when the rest of the roster wears either tights or trunks (even singlets are a rarity these days) it helps someone stand out. Specifically the colourful shirts were a good choice, creating a memorable image that, when combined with the wooded glades and vacant, slack-jawed expressions on the faces of the followers we saw, helped to build the image of a fascinating character.


There was the lamb mask too, of course. That abstruse addition to the videos was another easy-to-remember visual. Masks are creepy in general. It was a nice touch. 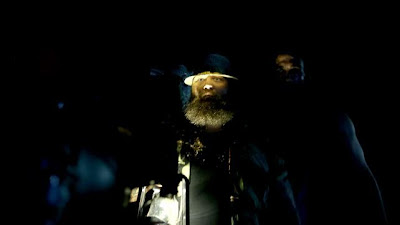 A wonderfully eerie debut
Entering into an arena with dimmed lighting, clutching a lantern (a lovely anachronism: these days torches are a more common, more pedestrian, sight,) was another striking visual. The symbolism was clear: the light was representative of Bray’s knowledge in a world of darkness. For a drama series it would be painfully on the nose. For a wrestling show, which so often rely on symbolism and shorthand, it was perfect.


The scene of Harper and Rowan beating Kane was not a particularly impressive sight at first glance. It’s something we’ve seen dozens of times before, ‘The Big Red Machine’ having lost is undefeatable aura within eighteen months of his debut.


But looking at it as knowledgeable fans we know that it’s a signal, specifically a signal that WWE wants the Wyatt Family to be taken seriously and viewed as dangerous. While ‘Taker’s brother has been beaten down more times than I can remember it’s always been done either by an established headliner or an act the creative department have meaningful plans for.


Wyatt and his Family actually elicited a few surprised screams from the audience when they first appeared in the darkness. If that’s not proof that the vignette series and introduction in general had done the job of establishing them as a threatening and creepy I don’t know what is.
Posted by Dave at 08:23