Meanwhile, over in Ring of Honor, the world championship has been vacated. The reason? In kayfabe terms it’s that Jay Briscoe is too banged up to compete. In real life terms it’s that his contract, along with his brother Mark's, has expired.


I'm not a fan of the title being vacated. I'd hoped that Jay would return for one final match that would allow him to lose the title to his successor and receive the send-off fans would have wanted to give him. Basically, I thought he’d do right by ROH.


In its eleven year history the title has only seen eighteen reigns shared amongst seventeen wrestlers. The infrequency of the title changes has made the belt seem more prestigious than other indy titles. It's meant something when someone loses it (and indeed when someone wins it). Even keeping track of who's defended against who has helped the title seem special as it demonstrates that ROH champions don't wrestle against the same guy in meaningless house show matches three or four nights a week.


Vacating the championship disrupts its lineage, which had been the longest in North American wrestling. TNA introduced their own world title when their affiliation with the NWA died a death in May 2013, while WWE has vacated their top title for a variety of reasons over the last decade, most recently in 2011 with the bungled “CM Punk’s leaving with the title oh wait he’s not really” storyline.


You expect the shorter, less significant reigns from the sports entertainment companies. You don't expect it from the "real sports" league. In those companies the world title is treated almost as a prop a lot of the time. It’s an excuse to two get two guys into a programme, not necessarily an indication of who’s the top star or the best wrestler. A by-product of that is that titles get vacated and shorter reigns occur. The presentation of those companies makes it a more acceptable approach.


Had the ROH championship been vacated due to an injury or something similarly beyond ROH's control I'd be fine with it. But the company actually had the opportunity to terminate Briscoe's reign during their Best in the World weekend. I can't understand why they didn't elect to have Elgin, Hardy or some other suitable candidate defeat him at the Sunday television recording. The disruption to the impressive title streak is solely of ROH's own creation. It’s a bitterly disappointing state of affairs.


It could, I suppose, be by design that Briscoe didn't lose the title. Perhaps King of the Book Delirious desired a title tournament as part of his storyline plans for the second half of the year. I'd hope that wasn't the case but you can't be sure.


One thing we can be sure of is that Delirious has done enough during the last six months to warrant our trust. He's not only come up with some entertaining rasslin' plots, he's also put together very good cards. I see no reason to think he can't book a sixteen man tournament replete with surprises and excellent matches.


At time of writing the tournament was due to begin in Providence, Rhode Island on July 27th. So far we know Michael Elgin, Brian 'Spanky' Kendrick, ‘Machinegun’ Karl Anderson and Kevin Steen will be in the brackets. I expect Richards, Edwards, Lethal, Strong, and Cole to join them. 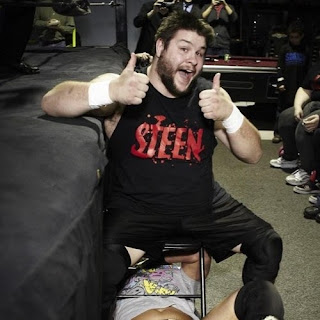 Kevin Steen gives a thumbs up to the idea of a second ROH world title reign
It's too early to pick a winner (I'll wait until all sixteen men have been revealed for that) but an obvious early pick has to be Elgin. I've been saying ‘Unbreakable’ should be the champion for a long time now. Had I had my way he'd have been the man to defeat Steen, probably at Best in the World. He's been ready to take the mantle for at least a year. The tournament could be his time.


With regards to non-regulars entering the tournament I don't think there are any candidates that can be safely predicted. I'm pleased to hear Kendrick will be back for it but I hadn't expected his name. That he's been wrestling for EVOLVE and other WWN promotions had caused me to assume he'd signed a contract with them that would preclude him from wrestling for Ring of Honor. I'm happy to be wrong.


Paul London is a likely candidate to join his former WWE tag team championship partner in the tourney field. Taiji Ishimori could crop up too, what with his appearance at Border Wars and all. Perhaps Naomichi Marufuji, who was originally due to appear at that event too, could enter too. That will depend on his knee status and NOAH schedule though.


I’d like to see ROH grant some spots to foreign stars. The original title tournament featured Johnny Storm, Jody Fleisch and Doug Williams. Brits like Dave Mastiff, El Ligero and Noam Dar could be amazing additions. All three could be hits with ROH crowds, not something should be overlooked at a time when the roster appears to be dwindling. 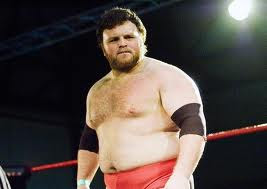 Nobody can look at Dave Mastiff and say he doesn't have an ROH physique
Low Ki, Homicide and Rocky Romero are all former ROH regulars who could conceivably be granted a spot. I admit Ki’s unlikely (because there’s some sort of issue between him and ROH and he’s also been telling people he’s retired) but it would be nice to see him. Considering the quality of names so far I don’t think we’re going to be disappointed.


It’s just a shame the situation wasn’t avoided in the first place.
Posted by Dave at 19:34