WWE has been using a team of writers to script their TV shows for over ten years now. Before that they used bookers. The difference is significant. A booker is someone who has been around the wrestling business for a substantial amount of time and understands how to apply its unique psychology to the structuring of plots designed to keep fans paying to see to guys fight. A writer is someone who understands how to structure a television show, using the medium's episodic format to keep people tuning back in every week by using characters, skits, and wrestling matches in equal measure.

The previous system comprised a collection of backstage personnel. Jims Cornette and Ross were involved in booking for a while, as were then-full time performers Shawn Michaels and Triple H. Gerry Brisco, Pat Patterson and others were involved over the years too.

The era of the writer began when WWF Magazine editor Vince Russo was inducted into the federation's creative process. Vinnie Ru has always insisted that he's a writer, not a booker, taking a great deal of pride in the title. Russo, you see, writes TV shows. He doesn't book wrestling.

Vince McMahon has been the man in charge throughout. He retained the final say when there was a booking team and he does so now with his cadre of writers. The WWF is his company. Nothing happens without his authorisation. Basically if Vince doesn't like it, it doesn't happen.

That's important to remember when advocating either approach. Whatever examples you may pluck from WWE's (or indeed the WWF's) past they have ultimately been okayed by the same man. It is all, in a sense, one man's creative vision. Both approaches have brought the company success.

The label of writer is often tossed around derisively by wrestling fans. It's important to note that the success of the company's most critically acclaimed period (yep, the Attitude Era) is usually attributed to Vinces Russo and McMahon. JR left the process (because of his full time job announcing RAW and running the talent relations department), Cornette left the company, and Patterson and Brisco became agents, focusing on matches. While he wasn't the only guy involved Russo was one of the driving forces. I feel this needs pointing out simply to illustrate that not everyone who calls themselves a writer is bad for the product.

Nevertheless the current approach of hiring guys with little or no experience, knowledge or passion for wrestling to be writers is seen as the biggest problem the current WWE product has. It's not a sentiment I'm inclined to argue with. WWE has spent too long concentrating on wooing guys with film, network TV, and Hollywood experience. They know how to bring a fresh perspective to WWE, which is valuable. But it’s happening, and has happened, at the expense of a basic knowledge of what wrestling fans want. It may be marketed as sports entertainment, but WWE will always be wrestling.

Broadly speaking the trouble is that all the writers have the same set of experiences to draw on. Their backgrounds are too similar to provide any meaningful variety in the world of wrestling. Yes they have their place, but it's alongside people who understand what makes draws paying customers to wrestling. Those who know what's been successful, and why, should be working alongside those with a broader experience of television production. 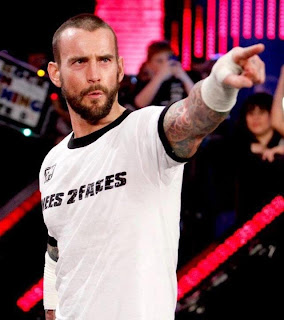 This isn't to belittle the efforts of the writing team. By all accounts they have a pretty tough travel schedule and work very long hours. On top of that their role is a constant balancing act between suggesting things that will better the product and not being so radical as to alienate them from the mercurial Mr McMahon. It can't be an easy gig.

But working under tough conditions doesn't change the fact that the current scripting system isn't working. A change is needed in this department, and the most effective option available is to get rid of some of the writers. That would allow for a more streamlined process. The guys that should go should be a mixture of newcomers who aren't grasping what makes wrestling (or sports entertainment) work and veterans who've been around long enough to have contributed all their best ideas. This doesn't have to mean sacking them. WWE's a big corporation, find somewhere else for them to slot in where their experience will be just as, if not more, valuable.

The writers should be replaced with those who know the industry. Agents, managers, commentators, GMs... whatever roles these guys currently play on TV they've all been around wrestling for long enough to have an idea of what a 2013 audience may react to. If someone doesn't work out that's fine, just remove them and give someone else a shot. It's not like WWE doesn't have enough staff for this to work.

I think it would be worthwhile allowing a select few main event guys the chance to contribute more in this area too. CM Punk, John Cena and The Rock are all said to have a degree of influence over what they do and say on TV. Why not put then in the writing team in an official capacity and see if their ideas can benefit the roster as a whole? Cena may not be a great wrestler but maybe he could turn out to be wrestling’s answer to Proust.
Posted by Dave at 20:27