WrestleMania XXIX is coming together. Up at the top of the card WWE champion The Rock will defend his cherished prize against John Cena. The clear number two world champ, Alberto Del Rio, will wrestle Jack Swagger for his World Heavyweight championship. In non-title outings Triple H v Brock Lesnar II is being treated as confirmed and CM Punk will become the latest victim of The Streak.

But that's only four matches. A six man tag team match looks like it will happen between The Shield and the strange team of Randy Orton, Sheamus and Big Show, and Monday's RAW teased a showdown between Ryback and Mark Henry (which I'm sure will be a technical marvel), but that still leaves a lot of guys off of the card. Where are the matches for Daniel Bryan, Kane, the Rhodes Scholars, Dolph Ziggler, Chris Jericho, Antonio Cesaro, the Prime Time Players, Wade Barrett and The Miz? Even Zack Ryder deserves a match of some sort, considering his popularity and the fact that he's from Long Island (close to 'Mania XXIX's New Jersey site).

Assuming the six man tag and The Ryback's Muscle Showcase take place there are six matches happening at WrestleMania so far. The likelihood is WWE will promote an eight match card and that 'The Show Off' will cash in his Money in the Bank briefcase in an unadvertised ninth match. That's a lot of guys to try and squeeze into two slots. 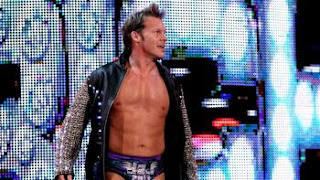 Will this guy be wrestling at WrestleMania...?

One option that comes to mind is booking another six man tag team match. The obvious downside is that having two six man tags on the same show is wholly unimaginative. If booked differently to one another, perhaps giving one a stipulation, I don't think it would be too much of a problem, and it would get six deserving names onto the card.

A second team versus team scuffle could be built around the company's mid-card champs. Intercontinental champ Barrett, US kingpin Cesaro and MITB maestro Ziggler could be booked to brag about how they're better than everyone else in a RAW segment and get interrupted by three babyfaces. There are a few combos that could work there: Jericho, Miz and Ryder would be good if there was a tag title match elsewhere on the show, or any one of the three could team with Team Hell No. My pick there would be 'Y2J'.

A tag team championship match is another obvious thing to do. It would create space for Team Hell No, the PTPs, and the Rhodes Scholars. Zack Ryder could be added to proceedings too, either teaming with Sin Cara as a "replacement" for Rey Mysterio or pairing with one of his two semi-regular partners of the last year, Brodus Clay or Santino. Not only would this get WWE's most effective teams onto the show (and they all deserve to be there) but it would also provide the perfect opportunity to relieve Kane and 'The World's Toughest Vegan' of the straps. That's been needed for a while now.

One alternative to a title defence is a singles outing between the doubles champions. That's been hinted at since the Rumble (it could be argued it’s been teased since they first united, in fact). It's not something I want to see but it feels inevitable. Instead of having it clutter up WrestleMania why not hold it off for Extreme Rules? That way the Bryan and Kane team gets to dissolve on a big show and the spotlight can be shared with other teams that also deserve to appear.

There are plenty of options for singles matches if WWE aren't fussed about leaving guys off the card (and I doubt they will be). Jericho v Ziggler would be the perfect show opener. Their feud never got the decisive end match it needed. Why not have it happen on 'The Grandest Stage of Them All'? Cesaro and Miz could take up the other slot, simply based on the fact that WWE haven't actually cleared that programme up yet. You may think it’s been forgotten or dropped but that's not necessarily the case. The writing team have an annoying habit of dropping things for weeks before randomly returning to them. See the Barrett v Dallas rivalry for another example of this.

Ryder challenging for either the IC or US title would get a great reaction, especially if he won. Or he could take on his old YouTube show rival Dolph Ziggler. 'The Heel' could afford to lose that, not that I'm saying he should, as long as he captured the WHC later in the night. Back to the mid-card straps, Jericho could get a good match out of either Barrett or Cesaro. He shouldn't win though: I hate former world champs with secondary titles.

Sticking with Barrett and Cesaro, they could form a team in the next few weeks and challenge Team Hell No on the big show. They could even leave as double champions. That would allow for some interesting feuds in April that see singles and tag belts up for grabs. 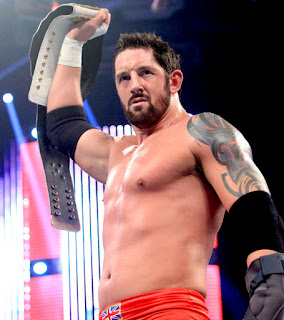 How about this guy?

One final option that presents itself is a ten man tag match. Or possibly something larger. The likelihood is that if that happened the likes of Khali would be added. That wouldn't be too bad. He'd probably do one chop then tag out. Such a large match would be a mess anyway.


Whatever WWE end up doing it’s looking as though the end result is going to be pretty uninspiring. The promotion should take this as a sign that they need to introduce some fresh and dependable acts to the product. Next year’s WrestleMania will be a landmark thirtieth instalment. If it’s going to do justice to thirty years of history it’s going to need a memorable undercard.
Posted by Dave at 20:11