At the moment most WWE viewers are scrutinising the headline matches, and distinct lack of mid-card matches, of WrestleMania XXIX. That's understandable. It will be the biggest and most financially successful wrestling event of 2013. That doesn’t mean it will be a creative success, but you can’t have everything.

The attention being paid to the April 7th card is the main reason nobody's really thinking about what WWE will be doing on April 8th. It's likely that all the part timers who have matches at WrestleMania (that's The Rock, Undertaker, Triple H, and Brock Lesnar) will be on the April 8th RAW. That show will be about long term story plans involving those guys, timed to catch the viewers who generally only tune in around 'Mania time.


While The Rock will apparently be appearing at Extreme Rules it seems unlikely that Lesnar will join him and even more unlikely that 'The Game' and 'The Dead Man' will. From the April 15th RAW onwards it's likely to be business as usual for WWE. Which may pose a problem, because they have a distinct lack of full time stars that can be given something fresh to do.


The remaining three, Kassius Ohno, Richie Steamboat and Bray Wyatt, remain stationed in developmental. Ohno and Wyatt still both seem likely to follow in the footsteps of NXT’s first two champions. Sadly Steamboat has dropped off the radar and hasn’t had a televised appearance on NXT in quite a while. I still think he’d be a good addition to the roster but his lack of exposure indicates that that’s not likely anytime soon.


Going on current form both Ohno and Wyatt would perform similar functions: mid-card antagonists who would tangle with the likes of Kofi Kingston and R-Truth. WWE isn’t in desperate need of guys to do that though, they have enough interchangeable heels as it is. What could be done is to change the roles they play. 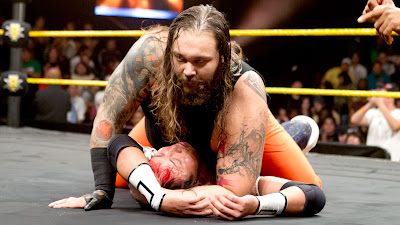 This man deserves a chance to make it in WWE. I'm talking about Bray Wyatt, not Yoshi Tatsu
I’ve never seen Bray Wyatt work as a babyface so I don’t know how good he is in the role. I do know how good he is at playing the disturbed southern preacher though. It’s a persona that deserves the chance to succeed on the big stage of WWE. Whether he gets called up alongside Erick Rowan and Luke Harper or not (and for the record I think they should all go up together) Wyatt would be best served playing his current character, perhaps recruiting one or two current members of the roster to swell the ranks of the Family.


Ohno could work as a babyface. WWE seems short on bankable good guys right now. Alberto Del Rio’s worked out nicely but The Miz is considered a flop and Sheamus has been a disaster as a top line performer. Ohno’s been around long enough to be able to start out as a good guy.


The trouble there is that it’s tricky to introduce good guys as anything other than underdogs. That works when the wrestler in question is the size of Kofi Kingston or Bo Dallas but it’s a trickier proposition with someone of Ohno’s build. He looks like he can take care of himself as is roughly the same size as most of the other guys under contract. If he’s going to start out as a good guy the underdog approach wouldn’t be available.


They’re not the only guys who could find themselves on the main roster come late April. Adrian Neville and Oliver Grey, the current NXT tag champs, would make an excellent addition to the tag team division. That would depend on WWE wanting to make their doubles scene watchable once WrestleMania’s out of the way, of course.


Conor O’Brian’s puzzling Ascension gimmick is not the sort of thing that would be a natural fit for WWE right now. It could work (for a while anyway) if he continued to play the character as he has in NXT while the commentary team, backstage interviewers and other wrestlers acknowledged how strange the character is. A joke that everyone except the performer is in on, if you like.


Gimmick aside O’Brian’s as ready as he’s going to get. He could find a role with a more straight-laced character but doing is current act for laughs would help him stand out. 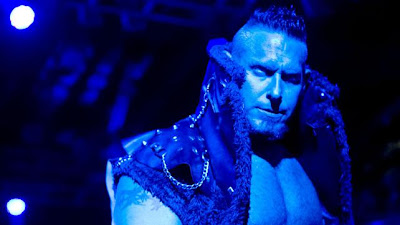 The potential for comedy is staggering
Corey Graves is another guy who would be a nice fit for RAW and SmackDown. He looks and wrestles the part, though he has the same problem as Ohno in that he’d be another heel on the books. He may be headed towards a babyface turn in NXT thanks to his recent dispute with The Shield, so that could work to his advantage.


What may go against Graves more than anything else are his visual similarities to CM Punk. Anything that could be perceived as harmful to Punk (and sadly that includes Graves also having a torso full of tattoos) is going to be treated carefully by WWE’s writing and marketing teams. What may help to nullify this is Punk taking time off after WrestleMania. That seems likely because of various injuries he’s been working through and his busy schedule for the last couple of years. If Punk’s off TV by the end of April then Graves could be called up and established as his own man long before ‘The Second City Saint’ returns.


I mentioned Leo Kruger in my NXT recap on Saturday (available here). He’s ready to play a larger role in my view, but I think he’d need a character tweak. The South African walkabout nut doesn’t seem like something WWE would get behind.


There’s a strong chance some of the NXT Divas will get a call-up too. The Divas division is paper thin and requires some fresh blood. Bringing back old names is all well and good but new names are just as important. Paige, Sasha Banks, and Audrey Marie would be my top picks. Summer Rae’s still a little too wooden and generic when cutting promos.


WWE could surprise us with some promotions for guys who’ve yet to play an important role on NXT’s TV show. That’s what they did with Dean Ambrose and Roman Reigns. Xavier Woods has a fun 90s-centric character that many of WWE’s younger viewers could relate to. Sammy Sane (the former El Generico) would be an interesting choice too.


It’s going to be interesting to see who gets the nod to move up. We’ll know who the chosen ones are, if there are any, by early May. Hopefully there are more than one or two. The greater the number of people given an opportunity the greater chance there is of a new star being made.
Posted by Dave at 22:14