During the Attitude Era the WWF phased out male managers. They were replaced by female valets, who were there more to provide eye candy than to help disguise the weaknesses of a wrestler. Terri? The Kat? Debra? Remember them? They’re the ones I’m thinking of. Even Trish Stratus started off in that role before transitioning into WWE’s most valued in-ring female wrestler ever.


The manager change fit with the direction of the Attitude Era but, in the long run, would prove harmful to the development of new stars. The WWF was blessed during the late 90s and early double zeros with a batch of stars who were gifted talkers. There were very few people on the roster who needed someone to talk for them. Those that did were so low down the pecking order that giving them mic time wasn't a priority anyway.


Before that managers had been used often to help main event stars whose promo skills weren’t terribly strong. Every person who filled the role, from Bobby Heenan to Harvey Whippleman, did so because they added something to the product. They knew how to do things that their various charges didn't.


The change stuck for much of the following decade. Paul Bearer remained linked to the Undertaker and Kane until 2000 and returned for various runs alongside both men from 2005 to 2012. Paul Heyman was the only other manager of note. He introduced Brock Lesnar in 2002 and went on to manage Big Show, Kurt Angle, Shelton Benjamin and Charlie Haas before being written off TV. He returned in 2006 and was affiliated with Big Show, Hardcore Holly, Test and various others before finally leaving WWE in December. Heyman was easily the industry's top manager (although he went by the decidedly more modern term “agent”) by that point.


When Heyman returned to WWE last year it was to once again manage Lesnar. He helped to sell the feud between his client and Triple H over the summer with excellent microphone work and facial expressions. His ability to cut a clear and concise promo that drew people in and at the same time made his motivations clear was and remains marvellous.


When 'The Pain' disappeared from television (because WWE like to hoard the limited dates they have him for) Heyman was given a very different role alongside CM Punk. His job there was not to talk for his charge but to enhance Punk's promos with his facial expressions and reactions. He'd occasionally provide a long winded, heat-seeking introduction but that would it as far as speaking went. 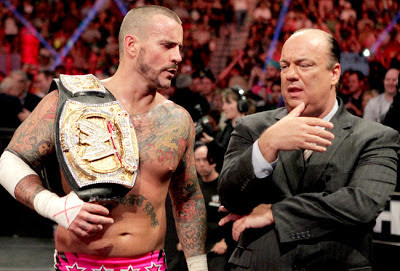 Strange little hand gesture from Heyman, there
When Punk left television after WrestleMania (he was granted time off for some R&R) Heyman was paired with Curtis Axel. That partnership has seen him return to a role he's not played since introducing 'The Pain' to audiences over a decade ago, namely helping to establish a new act.


Both Punk and Lesnar are big names in WWE in their own right. Heyman adds something to both (particularly Lesnar) but he's not an absolute necessity for either man to be perceived as a star. The entire point of his partnership with Axel is to make Axel a bigger name by the association. Once managers reach a certain point this is a great use for them.


That he excelled in all roles is not only a testament to Heyman's talent but also an example of how varied a skilled manager's (or agent’s) role can be. I suspect the work done by Heyman last year is what prompted WWE to try out other traditional managers.


The only other one that's made it to the main roster so far is right wing fanatic Zeb Colter. That WWE drafted in an old pro to be their second manager isn't a surprise. Dutch Mantell (the man behind the whiskers) is a forty year veteran. He knows how to be effective with a microphone and has been successful at masking Jack Swagger's distinct lack of charisma.


His new pairing with Antonio Cesaro is a sign that WWE is pleased with his work. On the surface it may appear slightly disappointing that ‘The Swiss Superman’ has been deemed in need of a manager. I don’t think it’s necessarily indicative of poor standing though. Punk was paired with Heyman after all. Perhaps Cesaro will get to do his fair share of speaking. Even if not it should at leats get him more time on TV. 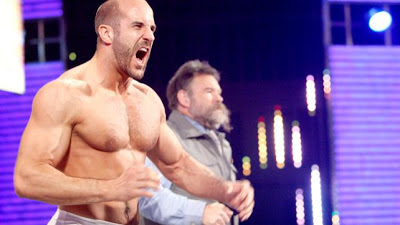 Colter's new charge, roaring like a bear
Anyway, if Colter's been a test run to see if people other than Heyman can do well in the agent-manager role I think he has to be considered a success.


There are two guys lined up as managers in NXT. The first is Sylvester Lefort,  a French wrestler trained by Lance Storm. His obligatory NXT repackaging has seen him not only transform into a manager but also develop an apparent fondness for leopard print. He's got a good look to him, and his accent will not only help him stand out but also make punters more inclined to boo him. Some things in wrestling never change. One of those things is the foreign heel.


The other man is Bray Wyatt, someone you'll probably be aware of if you've watched RAW lately. Wyatt's preacher gimmick and southern twang set him apart from the rest of the WWE pack, as does his southern drawl. It's still not clear if he's going to be wrestling or managing or both when The Wyatt Family make their debuts he's capable of both, and I'm hoping he's used in a way that allows him to manage Rowan and Harper.

Good on WWE for resurrecting the role.
Posted by Dave at 10:22