The Continued Evolution of CM Punk

It's looking likely that CM Punk is going to be brought back as a character that’s more fan friendly than the one he left as. For starters he's returning in his hometown of Chicago. Punk always gets cheered in Chicago. That's what comes of being genuinely proud of where you live. There’s no way around the reaction he’ll get there.


That he's returning in a match opposite Chris Jericho also makes me think a turn's on the cards for Punk. 'Y2J' is a guy who can get into the ring and just wrestle a solid fifteen match with 'The Second City Saint'. He's so respected at this point that I'm sure he'll be getting his share of cheers but if the Chicagoans do turn on him Jericho's capable of handling himself and playing the bad guy for the night. But I think what WWE are wanting to present at Payback is a face versus face encounter.


There’s no better way to reintroduce Punk. He’s the man who’s obsessed with being the best in the world. Proving that has been what’s driven him for the last two years. It’s perfectly natural for him to come back to wrestle a match against another good wrestler just to prove he’s the better man.


On a side note I think we may have heard the last of Cult of Personality as Punk’s theme. WWE never pays for entrance themes indefinitely and now would be an ideal time to make the switch to something new. 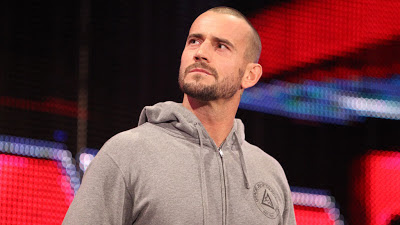 
I could be wrong, of course. About the face turn that is, not Cult of Personality. Punk only turned heel last July. That's less than a year ago. He’s also only been off TV for a couple of months. When it was announced that he was taking time off I’d assumed he’d be gone for longer. Perhaps he’ll wrestle in Chicago and then leave again. Or perhaps he won’t appear at Payback at all.


The thing about CM Punk is that fans want to cheer him. WWE may as well just go with it and let them. Besides, who's he going to feud with if he stays a heel aligned with Paul Heyman? Alberto Del Rio and Sheamus are both fresh opponents for him to a greater or lesser extent but neither feels like they'd be the big feud Punk deserves.


Turning face will set Punk up with more to do and skip an awkward situation where a bad guy gets one of the most positive reactions of each show he's on. Babyface Punk working against Jack Swagger, Big Show, Dolph Ziggler, or Mark Henry would be something new. As a good guy he'd be better placed to help guys lower down the roster too. His old pal Antonio Cesaro for example.


Of course "The Big One" for a babyface 'Voice of the Voiceless' would be a programme with Brock Lesnar. There's an obvious route to that too: Punk being irked that Heyman took it upon himself to speak on his behalf regarding the Jericho challenge and ending their partnership. They could add extra touches like Heyman accidentally costing Punk the match at Payback or Curtis Axel revealing that Heyman's confided in him that he feels Punk's past it (which would allow for an interesting Punk v Axel match prior to a Lesnar bout) but they're not necessary. Promos between Punk and Heyman would work just fine.