At Turning Point last November AJ Styles was pinned by James Storm in a triple threat match. As a result of the pre-match stipulation that put ‘The Phenomenal One’ out of contendership to the TNA world championship for eleven months. A ban which comes to an end at this year’s Bound For Glory.


Why do I mention this? Because with the benefit of hindsight the loss was the starting point for Styles’ current story in which he’s an enigmatic loner who refuses to be affiliated with either TNA or the invading Aces and Eights faction. The loss sent him off the rails. We’ve learnt through the power of video packages that since losing at Turning Point AJ has become distant with his wife. He’s also been reluctant to get his hair cut or have a proper shave.


Look at the plot for long enough and you’ll spot a pretty obvious hole. So what if Styles was locked out of challenging for the TNA championship for eleven months? That’s not even a year. And, more to the point, many people on the roster have gone far longer than that without wrestling for the top prize. Chris Daniels’ last title shot was hyped as being his first in three years, for example.


I’m being a little facetious here. The general idea is that knowing he couldn’t earn a title shot is what sent Styles over the edge. Daniels, and anyone else on the roster who’s done a lengthy stretch with no title match, didn’t know it was coming, and so could always tell themselves they could earn the opportunity. In the wonderful world of kayfabe Styles new he would have no such luck until this October.


Which brings me to this year’s Bound For Glory series. The winner of TNA’s third annual tournament will challenge for the world championship in the main event of Bound For Glory (obviously). Styles has been entered, meaning he could have a title shot on the night on which his ban comes to an end. 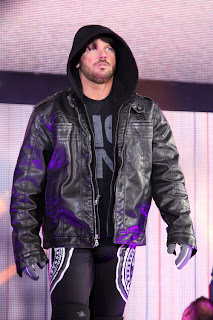 AJ's giving up shaving since becoming a heel
At first glance an AJ win seems like the obvious result. After a year away from the title and setting himself apart from the rest of the roster Styles could be presented as the outsider that TNA finds itself relying on to take back the belt from the heinous Bully Ray.


Fine, makes sense. But perhaps it’s too obvious and simple. TNA is rarely a company to shy away from giving its audience something unexpected. And there are eleven other men in the BFG series, some of whom would also make credible challengers to Bully Ray’s title. Maybe AJ’s been set up as a decoy in order to disguise TNA’s real plans for the Bound For Glory main event.


The most credible entrant after Styles is Jeff Hardy. He’s a marketable force who can produce great matches with everyone on the roster. That includes Bully. Hardy challenging for the belt would make a great deal of sense as he’s probably TNA’s best hope of drawing decent pay-per-view numbers both at BFG and in the future.


‘The Charismatic Enigma’ may have wrestled Bully once on pay-per-view this year (his losing effort at Lockdown that saw the Aces Pres win the belt) but over six months will have passed since then by the time of BFG. That’s more than enough time for TNA to put a fresh spin on the contest. Although the fact that Hardy and Ray wrestled in the main event of the June 6th Impact could indicate that they’re not meeting again in October: why would TNA give the match away free if they’re relying on it to sell a show in a few months?


Samoa Joe is another man who seems like he has a good chance. The last couple of years have seen him treated pretty poorly in the series, but with a field relatively light on big names Joe is almost certain to make it to the semi-finals (a side note on the rules here: every entrant wrestles every other entrant and earns points for wins and losses, and once all matches have taken place semi-finals and finals happen between the top four scorers). Joe hasn’t been used as a proper challenger for quite a while now. Combining that fact with his already well-established feud with A&E and Joe could squeak passed the more obvious choices of Hardy and Styles to face Bully.


If TNA wanted to use the series to create a new star (and that should be one of the goals of any such tournament in wrestling) then they could have Magnus win, or at least be a top scoring entrant who just misses out in the semis or the final. That they’ve done nothing to prepare audiences for the possibility of the former Oblivion winning makes me think it won’t happen, but if it did it could considerably enhance his standing. 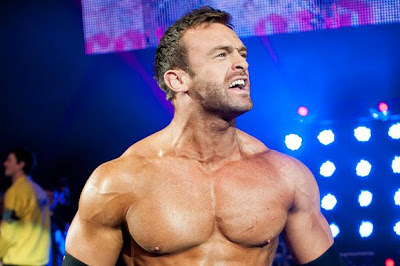 TNA Need to make the most of Magnus while they have the chance
Both Bobby Roode and Austin Aries stand a chance of winning thanks to their status as former world champions. That they’re heels who’ve been left on the periphery of the Aces and Eights story (lucky them) means it probably won’t happen. A heel versus heel main event would be pretty poor and I can’t see either man being turned face before October, despite the fact that both could pull the move off and benefit from the change.


The remaining six competitors strike me as unlikely winners for various reasons.


I’m not sure why Mr Anderson is in the series. As a member of Aces and Eights he seems a strange choice to be given a shot at the TNA world title. Perhaps ‘The Hulkster’, or whoever is credited with putting this together, is hoping to cause descent in Aces and Eights with the possibility of an Anderson v Bully final? Even if that was a compelling story (which, let’s be honest, it’s not) it wouldn’t happen because Anderson’s stock has plummeted over the last eighteen months. He’s not headlining a pay-per-view any time soon.


Both Christopher Daniels and Kazarian have almost certainly been included to ensure there are some solid workers involved. Neither strikes me as having a chance of winning, although ‘The Ring General’ could make it into the final four. For the record (read more on said record here) I still think that TNA should discontinue the whole A&E thing and switch to presenting Daniels as a top line heel act and title contender. That would make a far more interesting product.


Joseph Park is a comedy performer, not a pay-per-view main eventer. If I had to guess I’d say he’ll be involved in something with Abyss at Bound For Glory. Either tagging with him, challenging him for the TV title, or working in some sort of angle that finally reveals both characters have been the same man all along.


Anyone who thinks the clumsy, boring forty-year-old Hernandez is going to win needs their head examined. The plan right now is quite possibly to present him as a dominant monster. If it is it won’t last. He’ll soon start picking up losses when TNA start planning out the scoring in the latter half of the series. He’s in there to lose to people and to give him something to do.


Which brings us back to AJ Styles. There’s nobody involved in this tournament that has both the credibility to headline TNA’s biggest annual pay-per-view and a story to take them to the finals. AJ is the most realistic winner to predict. It’s possible that someone else, Jeff Hardy, Joe or Magnus perhaps, will become involved in a story over the coming weeks that makes them an obvious choice to tackle Bully Ray at Bound For Glory, but it’s not likely. Everything TNA’s done over the last year points towards a showdown between AJ Styles and Bully Ray at BFG. And while that may be predictable it almost guaranteed not to be boring.
Posted by Dave at 09:04