The Signings That Never Were

Since Ring of Honor was founded the league has made a habit of bringing in outsiders for their bigger shows. Guys like Jushin 'Thunder' Liger, Kenta Kobashi, Jeff Hardy, and Christian (Cage) have all graced the honourable ring. The names that crop up for special shows are selected mainly because of their ability to draw a larger audience over any other attributes. Wrestling well helps, but they’ve mainly been there to attract a larger than average crowd.

I’d love to know if offers were ever extended to Chris Jericho and Kurt Angle.

'Y2J' can be sloppy at times but on the whole he is a smooth wrestler who would fit right in in ROH. There are numerous ROH alumni that he could have worked with, not just current members of the roster. He'd have slotted in well to several of the company’s eras.

Jericho first left WWE to become a rock star (something he's more or less achieved, to my surprise) in August of 2005. Since then he's returned a few times, sometimes for months and sometimes for years. In the last couple of years he’s settled into a rhythm that sees him doing a few months of music and then a few months of wrestling. Between September 2007 and September 2010 he was a full time grappler and was generally considered to be one of WWE’s most reliable wrestlers. But he was a free man in throughout 2006 as well as before he re-signed in late 2011 and returned to TV in January 2012. 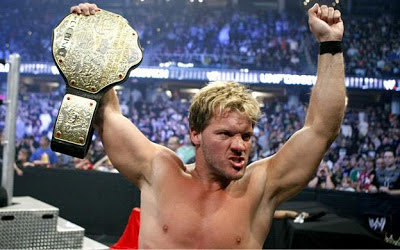 A pretty good hint as to why Jericho's never appeared for Ring of Honor is his stock response when asked about joining TNA. He invariably says that WWE is the big leagues and he likes to think of himself as a big enough star to not appear for anything less. That he's not wrestled in Japan, the country that helped him get a break in ECW, which led to his jobs in WCW and WWE, backs this up: many guys in Jericho's spot would have done so because they could make good money (New Japan, All Japan and NOAH  pay significantly more than do Ring of Honor). That Jericho's avoided that shows it's not just about money, he genuinely does consider himself a WWE guy and a WWE guy only.


Angle is a different story. He was released due to health concerns in August 2006. As soon as his no-compete clause (something that’s added as standard to practically all WWE contracts (although I’d bet good money Lesnar has managed to avoid one)) allowed he joined TNA and he’s been there ever since.


Being under contract to TNA is obviously what’s precluded ‘The Olympic Hero’ from appearing for ROH. Had ROH gotten their act together at the time I think they could have scrabbled enough cash together to make Angle an offer to rival TNA’s. Even if it were just for a few months I’d have thought Angle, especially coming off a multi-year main event run in WWE, would have been someone very interesting to ROH. 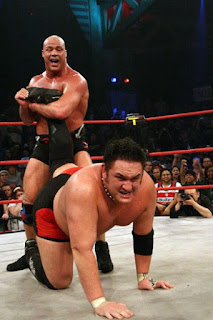 This could have been an ROH match

As I said above the style of both guys would have been a great fit in ROH and there have been multiple money matches they could have had. Both men, especially Jericho, have some very loyal and passionate fans too. More than enough to cover the cost of booking them.

The likelihood is that both were contacted regarding appearances and simply said no. It's a boring conclusion but there's not really another one to draw. In the mid- to late-"naughties" (I'm not a fan of that term but I can’t think of a better one right now) Jericho and Angle could have made a real difference to ROH both in terms of product quality and brand awareness. The time has been and gone though. Age, musical success, and contracts with other companies mean that we'll always be left wondering what could have been. And I think it could have been something special.