WrestleMania XXIX and the April 8th RAW are the perfect shows to begin building towards next year’s big show. There are plenty options. Undertaker's next opponent could be determined a year in advance. 'Stone Cold' could return to tease that long awaited showdown with CM Punk. Triple H and The Rock could agree to add one final match to their longstanding and storied rivalry. Brock Lesnar could announce that he’ll challenge for the WWE championship in a year.

There are two scenarios I think could be of interest for next year’s ‘Mania. The first would be a Rock versus Brock Lesnar match. The build could begin after the Cena v Rock WWE title match, which will almost certainly be going on last at WM29. Cena's probably winning that but here winners aren't important: after the match CM Punk and Brock Lesnar, along with Paul Heyman, could rush the ring and beat down 'The Franchise' and 'The Great One'. 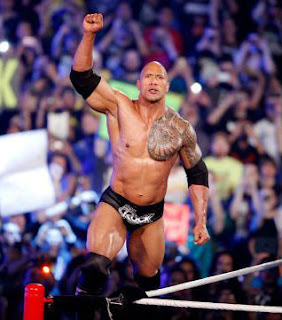 This guy needs to be in the SummerSlam main event

This would be particularly effective if Cena had just beaten The Rock to win his eleventh WWE championship and Rock was in the process of handing him the belt and raising his hand. I'm expecting this passing the torch shtick to occur so it's not beyond the realms of possibility. It would be a memorable a shocking close to a WrestleMania.

What makes it unlikely is that WWE like to end their pay-per-views, particularly WrestleMania, on positive notes. Two heels assaulting the company's top faces would scupper that. The potential passing the torch moment makes it more unlikely still.

The same effect could be achieved on RAW. Frankly that's the more likely place for something like this to happen. WWE typically uses 'Mania as the end point of feuds for bigger stars, launching fresh programmes the next evening. It would be more shocking if it happened at WrestleMania but RAW is likelier.


‘The Second City Saint’ and ‘The Pain’ would obviously need to explain their actions. That could take up the opening segment on either the April 8th or April 15th RAW, depending on when the assault happened. It wouldn’t take much to come up with motivation for them. Lesnar could say (probably through Heyman) that he hates WWE and wants to see the company destroyed. This is a motivation I’ve suggested for him before. I think it would be an effective and believable direction.


Punk’s reasoning could be that he’s tried for a year and a half to change WWE for the better but the fans turned on him and supported a company that would rather give them Rock v Cena II than the continuation of his celebrated championship reign. His expected time off could even be incorporated into the story. Reference could be made to him realising he couldn’t change the company from his couch. A comment about going back to sit on it until he’s ready to return would make perfect sense for the character and would keep him off TV until he’s ready to be brought back.


This would provide the perfect excuse to book a big tag team main event at SummerSlam: Brock Lesnar and CM Punk v The Rock and John Cena. While it wouldn’t be the best match ever it would be an effective draw for the show and could be used to tease the Rock and Brock singles clash.


The second scenario would be very similar to all of this, the main change being the omission of Lesnar. Punk could interfere in the WWE title match alone, or interrupt Rock and Cena on the April 8th RAW. The aim there would be to book a John Cena v The Rock v CM Punk triple threat match for SummerSlam. A month or two ago a lot of people thought WWE were going to book this match for this year’s WrestleMania. Doing it at SummerSlam instead should boost the number of buys. A bonus is that there would be no clear winner: any of the three could walk out with the title.


Those are two matches that could turn SummerSlam into a must-see event. What are the chances we don’t see either of them take place?
Posted by Dave at 18:08