That Wrestling Podcast Episode 16 by Dave Hatton on Mixcloud

In this episode Michael and I talk about the potential that a wrestling edition of Big Brother holds. Well, I say we chat about it but that’s not strictly true. I had to spend several minutes selling him on the idea of this hypothetical concept and explaining bits and pieces about Big Brother. But once that’s done and he’s warmed to the idea a little we chat about it. We discuss how the show would work, who we’d put in there and name drop the seemingly forgotten Legends’ House.

Plus there’s a JBL anecdote from Michael! If that doesn’t get you listening I don’t know what will. 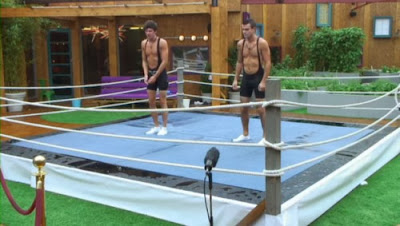 If WWE got involved with Big Brother it'd be better than this (probably)
Posted by Dave at 20:16