That Wrestling Podcast Episode 21 by Dave Hatton on Mixcloud

Putting things up that are a little out of date is nothing new for this podcast. But it’s never been this bad. In the first several minutes you’ll hear us discussing Dixie Carter’s “recent” heel turn and how we think it’s going to go. I could have tried editing this out but, well, I’m lazy and I think it’s interesting enough (in so far as anything on this podcast is interesting) to stay in. It provides an insight into what Michael and I expected from TNA a month or to ago and where they’ve gone in that time.


Oh, and we also talk about Rey Mysterio’s potential comeback! I wonder how that will turn out… 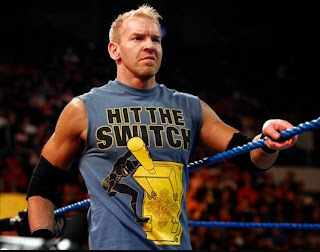 The reason this happened is that this is a Breaking Out episode. Breaking Out? Yes, that’s the name we selected for those episodes where we discuss how far wrestlers can rise up their respective roster’s totem of standing1. The company in question in today’s episode is WWE. The wrestlers we discuss are Sin Cara, Wade Barrett, and Christian.


Plus, there’s a substantial tangents about the popularity of William Regal’s popularity in Britain and how WWE could (dare I say should?) go about creating their next masked character. These tangents are arguably more interesting than the episode’s main focus, so I’d recommend listening out for them.


1 The phrase “totem of standing” is included for no other reason than that I like it. It doesn’t sit right, I know that. I also don’t care.
Posted by Dave at 13:44