That Wrestling Podcast Episode 18 by Dave Hatton on Mixcloud

Yesterday I posted an article about the release of Kassius Ohno from WWE. As it’s pretty significant news it got discussed during the latest That Wrestling Podcast recording session too. This was recorded on Sunday, so don’t expect any mention of his upcoming matches for CZW, Dragon Gate USA or anywhere else. 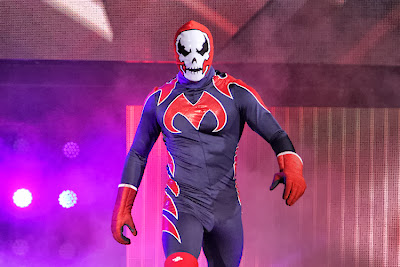 How far could Manik (or indeed TJ Perkins) go in WWE?

Also in this episode is the debut of a new recurring segment: Breaking In. It’s similar to the episodes in which we discuss how far current WWE Superstars™ can go in the company but looking at people who work elsewhere and discussing their chances of making it through the WWE system. The debut episode looks at three TNA performers.


Plus some thoughts on general wrestling goings-on, natch.
Posted by Dave at 09:29