I’ve not written a SmackDown recap in a while. I miss doing it. Sort of. Recaps are irritating to write because it involves watching an entire show without skipping anything. That’s why NXT is the perfect WWE show to recap. It’s done and dusted in forty-five minutes. It’s also why I might start recapping ROH on SBG (something I’ve done twice ever) now that Jim Cornette’s been future endeavoured and the rather interesting SCUM storyline has been launched.


SmackDown generally has a run time, when watched on video streaming sites, of about an hour and twenty minutes. That’s two hours’ worth of content, with ads. It’s about as much wrestling as I want in an average sitting. Any more becomes too much, stacked with unprocessable filler and tedious matches, and wrestlers, that nobody cares about.


RAW is clearly WWE’s most important programme. But it’s too long. Over an hour too long. Ever before it got its wholly unnecessary third hour the show was getting a weekly fifteen minute overrun. That’s been retained, meaning that if you watch from start to finish as it airs you’re devoting over three hours to WWE.


I don’t think any sane wrestling fan wants a three hour weekly wrestling show. Especially when the same company also produces a monthly pay-per-view that’s only half an hour longer as well as various other programmes.


As RAW is too long and SmackDown features a load of recapping why not shave that third hour off the Monday show (which I think may happen later this year, especially if the WWE Network launches) and put whatever content that can’t be squeezed on onto SmackDown? It would give Raw a more watchable run-time and give the blue brand more substance.


That diatribe over, I should probably give some thoughts on SmackDown.


There was one worthwhile match on this week’s show: Alberto Del Rio v Dolph Ziggler. ‘The Show Off’ lost, naturally. Big E and AJ were ejected from ringside after some shenanigans involving Ricardo (who was allowed to stay for some reason), which was WWE’s way of avoiding a Ziggler cash-in. Had Big E stuck around the obvious thing for Ziggler to have done would have been to have his henchman flatten the champ and the use his guaranteed World title shot. Sending Langston to the back meant that never became an issue.


Damien Sandow was wasted in a worthless match with Ryback. He deserves better. His partner, ‘The Magnificence of Moustachioed Magnificence’ Cody Rhodes, was also wasted. Instead of getting to wrestle he was shown watching Kaitlyn on a monitor. Yes, heading into WrestleMania XXIX Cody is a part of the Divas scene. Great…


Fandango refused to wrestle because his name wasn’t pronounced correctly. It’s funny and gets decent heat but where is there to go with that? This gimmick has potential but I think it’ll be wasted. It will be another waste of Johnny Curtis.


Finally, Big Show and Sheamus clashed in the main event. We were told it was their first ever meeting in a singles match on SmackDown. That may have meant something if they had just finished feuding a couple of months ago.


Their bout was interrupted by The Shield. Randy Orton sprinted in to help out Shaymo. They ended up getting the best of the justice-deliverers thanks to an assist from Show, because he’s a tweener now after getting speared by Roman Reigns. It really is that easy to instigate a turn for ‘The World’s Largest Athlete’. I suspect there’s going to be a Shield versus “dysfunctional unit” of Show, Orton and Sheamus at WrestleMania. Looking at The Shield’s record that could be good. 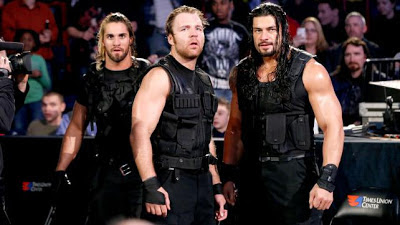 
Tweet 4: There's a Russian dirge playing. It could only be J-Swaggalag.
Tweet 5: Swagger's got some good heat on him.
Tweet 6: Colter's twirling his moustache. He's engaged Panto Villain Mode.
Tweet 7: I like the fact that Swagger has a mic even though he's not using it.
Tweet 8: Del Rio should start calling everyone papi.
Tweet 9: Why is Ricardo dressed as Teenwolf? And why is he standing next to Seth Rollins in a blonde wig? 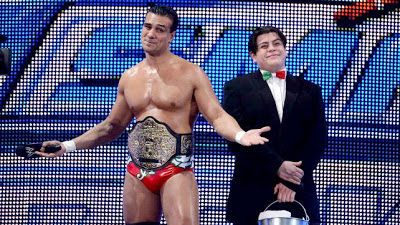 
Tweet 10: 3MB. The ratings are going to peak early this week.
Tweet 11: I'd say 3MB are obviously going to lose but the fact is they get to win surprisingly often.
Tweet 12: Well that was certainly a match.


Tweet 13: Are they trying to tease a cash-in? Nobody believes it.


Ryback and Mark Henry run into one another backstage


Tweet 14: Ryback looks at Mark Henry. Mark Henry looks at Ryback. The sexual tension can be cut with a knife.


Tweet 15: #Sandowpop
Tweet 16: Digs between Maddox and Mathews on commentary. There is a LOT of heat between them.
Tweet 17: There's no commentary going on. It's just bickering and plugs for RAW. That's the norm though so I shouldn't complain.
Tweet 18: What would make this little celebration interesting is Mark Henry bursting through the ring and biting Ryback's nose.
Tweet 19: Albany or Buffalo? I'm more of a Buffalo man.


Tweet 20: Big Show will punch anyone in the face. Members of The Shield, Sheamus, children, puppies... He doesn't care. 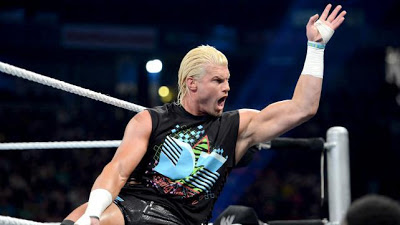 He's had his roots done

Tweet 23: Oh look, it's 'The Package' Big E Langston. You all know what I'm talking about...
Tweet 24: AJ's looking damp. She's obviously been paying attention to Ziggler’s flexing...
Tweet 25: I thought I'd like Maddox on commentary. I was wrong. He's incredibly irritating.
Tweet 26: If they needed a third man on commentary why didn't they reinstall Booker T? I miss him. #shuckyduckyQUACKQUACK
Tweet 27: Del Rio jumps off turnbuckles in an incredibly effeminate manner.
Tweet 28: German suplex?! I'm sorry I thought I was watching WWE, not a show that features actual wrestling moves...
Tweet 29: Very good match. I'm looking forward to a feud between those two in a few months.


Tweet 30: Why is the cameraman swinging the camera about so much?
Tweet 31: Did Bryan just call Ziggler an eighteen second man? Is that LOL? No. It's not LOL.


Tweet 32: You wait months for a Yoshi Tatsu match and then two come along at once.
Tweet 33: I predict Tatsu is going to get an upset over Henry.


Tweet 36: Cole sounds utterly disinterested in the Layla, Kaitlyn and Tamina match/fiasco.
Tweet 37: What's Cody Rhodes' got lined up for WrestleMania, you ask? He's been added to the Divas' storyline! Huzzah!
Tweet 38: Tamina wins with a Samoan drop. She should turn on her legacy and start using a coconut as a foreign object.
Tweet 39: Cody likes Kaitlyn. This will lead to Kaitlyn and Layla v the Rhodes Scholars at 'Mania. #consideritbooked


Tweet 40: Fandango is holding out for a WrestleMania debut.
Tweet 41: Want to know how to pronounce Fandango properly? Fan-DAN!-go. The dan needs to be delivered in the style of Alan Partridge. 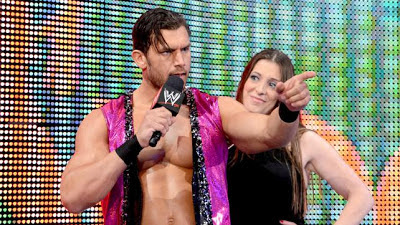 
Tweet 43: FELLAAAAAAAAAAAAAAAAAAAAAAAAA!!
Tweet 44: Sheamus gets more annoying every week. Without fail. Every ruddy week.
Tweet 45: Big Show, symbolized by a bear with glowing red eyes.
Tweet 46: Sheamus displays humour? When? WHEN?!
Tweet 47: Sheamus looks like a clam made out of spongecake.
Tweet 48: Show gets Brogue kicked off the apron. He should have leapt through the announce desk.
Tweet 49: This question must be asked: within the parameters of kayfabe how do the guys in the production truck know when to play The Shield's music?
Tweet 50: Show punching Sheamus in the face is the highlight of SmackDown.
Tweet 51: The show goes off the air with The Shield staring at Orton and Orton staring at The Shield. #tension
Posted by Dave at 11:26