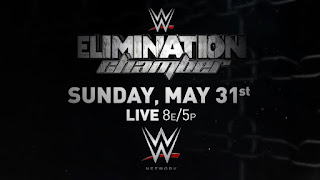 This is the second time this month I've previewed a WWE show. It's the first time in a considerably longer period that I've actually looked forward to a main roster show not named WrestleMania. NXT specials are a different story. They're related to this because one of the reasons I'm looking forward to this show is that it will feature NXT champion Kevin Owens. He's not only wrestling, he's wrestling John Cena.


This is a big deal. This marks the first time that a reigning NXT champion has wrestled on the main roster while being acknowledged as the NXT champion (Seth Rollins, Big E and Bo Dallas all made main roster appearances while they were the champion without the title being acknowledged), which is significant in itself as it pits the top guy in NXT against the top guy in WWE. And make no mistake, no matter who has the WWE world title it's Cena that is the measuring stick and the main man on the WWE roster.


But this match is more than just a clash between developmental and the old guard. This is Cena once again coming up against an indy standout. Owens, under his real name Kevin Steen, was one of the biggest non-WWE draws in North America prior to his signing with WWE late last summer, just as Seth Rollins was in 2010, Daniel Bryan was in 2009 and CM Punk was in 2005. Cena collided with all three of those guys in significant ways during their respective rises up the ranks and it was always interesting to see them handling themselves well opposite WWE's premier performer. This match is another of these rare occasions when Cena brushes shoulders with the world of independent wrestling, albeit by proxy. They almost always produce something noteworthy and interesting, perhaps because Cena is aware that guys who have made it to the top of the indies know how to get over without the WWE machine behind them and puts in extra effort to ensure he's not outshone.


But most importantly it's Kevin Steen on a major WWE show. That's what makes this stand out. That's what makes me want to see it. Steen, now Owens, in WWE proper being treated as a man who can not only share a ring with Cena but also pose a threat to him. That's incredibly appealing.


I'll be amazed if the match isn't enjoyable. Part of what will help there is that there's no obvious outcome. A Cena victory is not assured. Although it's been said that Owens' move to the main roster is only a temporary thing that's not definite. It could be a permanent move, with him working RAW, SmackDown, NXT TV tapings and a blend of house shows for the foreseeable future, in which case a victory over Cena would get his run off to a great start. Even if he is going back to NXT there would be no better way to enhance that brand by having its champion defeat Cena. Shady tactics will be employed by Owens if he does go over, but that's nothing new not anything important. The result is what would matter.


As nice as it would be to see I don't think it will happen. I think a DQ or non-finish is likelier. That would protect Owens, which will be a factor in the booking given his NXT title reign and general standing, but keep the balance of the universe in check. By which I mean Cena would win, like usual.


The other main reason I'm looking forward to this show is the Chamber itself. I'm usually against WWE's themed shows because holding them annually devalues the gimmicks and frequently leads to awkward plotting as feuds are bent out of shape to incorporate stipulations that don't fit them. But that's not the case here. Away from 'The Road to WrestleMania', which was understandably more about building to 'Mania than putting together a great Chamber card, the six celled cage can be deployed more carefully, and has been. The vacant Intercontinental championship is a nice prize to put up in a Chamber match. For a company averse to tournaments a multi-man match to crown a champ is about as good as it's going to get, and the Chamber makes the IC belt appear more meaningful.


For the most part the line-up for the match backs this up. Sheamus has been booked well since returning in March. Bad News King Wade Barrett I received a minor boost by winning King of the Ring and never looks out of place at the modern day IC level. Ziggler always looks at home in these kind of matches and there's the additional appeal of his sort-of-feud with fellow entrant Rusev. Although his status took a thumping in his recent series with Cena 'The Bulgarian Brute's' standing overall is still pretty impressive. Ryback, like Sheamus, has been positioned well over the last few months and has seemingly found his niche in the upper mid-card. The only guy who really doesn't fit in is R-Truth, and with this being an elimination rules match (clue's in the name, mate) we can't even argue that he's in there to eat a pinfall. All but one guy is in this match to be pinned. Including Truth makes no sense.


Arguments could be made for pretty much anyone that's not Truth winning but I like Sheamus's chances most. Rusev and Ziggler seem poised to head off into a singles programme that wouldn't need the IC strap to be over, Ryback's popular but not really doing that much, and Barrett has his royalty gimmick sustaining him. 'Great White' makes sense as a bully boy IC champ lording it over the mid-card. He'd make a nice target for an underdog babyface to chase. Like Adrian Neville, for example.


Speaking of Neville he'll be facing his old NXT rival Bo Dallas at Elimination Chamber. This is just a way of keeping him out of the IC title match, something that's presumably necessary because it's too early for him to win the championship or be jobbed out attempting to do so. I suspect their NXT history, which culminated with Nev defeating Bo to win the championship at the first Takeover show, will be glossed over at best, ignored at worst, and that they won't get long enough to do anything special. Not that doing anything special is the goal here. The goal is clearly to make Neville look like a somebody with some flashy moves who can beat guys at Bo's level.


Back on the titular match, its other outing of the night will feature tag teams for the first time ever. The good news is that the Lucha Dragons, New Day (presumably the popular Kofi and Big E combo or all three together) and Cesaro and Tyson Kidd are three of the six teams involved. The bad news is that The Ascension, Los Matadores and the Prime Time Players are the other three teams and Luke Harper and Erick Rowan are nowhere to be seen.


I like the Prime Time Players. I enjoyed The Ascension when they were shaded by logical booking in NXT. I can appreciate Los Matadores for the reliable hands they are. But I would have much preferred to see Harper and Rowan in this match than any of these teams. They haven't been presented as perennial losers and are better workers (well, Harper is). Their inclusion would have been a boon to this match. Not that it will be bad though. Presumably things will come down to the Luchas, Kidd and Cesaro and New Day for some nifty tag spots. I'm hopeful that the gang will be able to offer us something new from a Chamber setting, or at least some high spots we haven't seen for a while. If it goes right this could be the match of the night. If it goes wrong it could be a mind-blowing omnishambles.


It could end with a title change. The Dragons have been popular since their main roster call-up so having them win would make sense. Kidd and Cesaro remain popular so they could be in with a chance too. But I think the likeliest outcome is New Day winning by shady tactics again, last eliminating the Lucha Dragons to set up a traditional tag match and a title switch at Money in the Bank.


A triple threat for the Divas championship and Ambrose versus Rollins for the WWE championship round out the show. The Divas title match will see Nikki Bella defend against Paige and Naomi. They are the three best workers in the division and this show being light on matches should mean that they get enough time to put together something worthwhile. With Sasha Banks and Becky Lynch receiving nothing but plaudits for their match of the year contender at Takeover: Unstoppable last week I think it's likely that Paige, Nikki and Naomi will feel they have something to prove here. I hope they get the chance to show what they can do.


I think a title switch could be due here. Nikki's been the champions since November 24. That's over six months. It's possible WWE will keep the title on her long enough for her to outdo AJ Lee's 295 day reign (because AJ's in the company's bad books and they may want that accolade on somebody who's still around) but Naomi is also doing solid work as a heel and that should be capitalised on. Putting the title on her would create some new scenarios for her opposite Natalya and Alicia Fox. Not that WWE is bothered about doing anything with either of them.


Rollins versus Ambrose will be great. Because it's Rollins versus Ambrose. They never have bad matches, people care about them, and they have a considerable history with one another. It will be nice to see them have a singles match on pay-per-view without a gimmick or stipulation attached. They'll provide a top quality main event for the evening. You can't ask for more than that, even with the obvious ending of Rollins winning.


I'm surprised at how positive I feel about this card. I think it says a good deal about the use of fresh talent in Kevin Owens and the lack of announced Big Show or Kane match. Even if one gets added, and Kane and Big Show v Randy Orton and Roman Reigns looks worryingly likely, I don't think it would dampen my spirits for the show. Owens and a logical reason for dusting off the Chamber are more than enough to keep me happy.


Now if only they could convince me that this will be better than Takeover: Unstoppable...