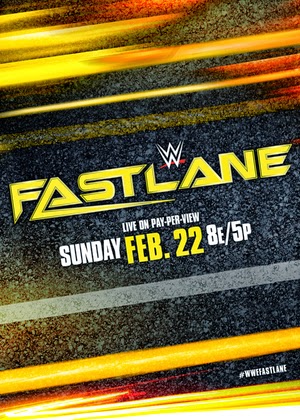 Over the last month there's been a lot of talk about Roman Reigns' controversial victory in the Royal Rumble match. It's been a bit confusing, mostly because Reigns won the Rumble completely fairly. He eliminated Big Show and Kane, they came back into the match illegally and The Rock showed up to help Reigns take care of them. Rusev, Reigns' fellow finalist, returned to the ring after 'The Brahma Bull' had stepped out and was thrown out by Reigns and Reigns alone. The only controversy was how poorly it was all laid out, not the nature in which Reigns won.


WWE's idea of something being controversial (in this instance at least) is that fan favourite Daniel Bryan didn't win. Again that falls under poor booking as opposed to legitimate controversy. But WWE have described it in this way in an effort to disguise the fact that Reigns' win got an even more negative than they'd anticipated. The crowd booed because they wanted Bryan in the closing stage and weren't keen on Reigns, yes. But they also booed because the way in which Reigns won was formulaic and boring.


But WWE saw a way out with the controversy line and they took it. It's irritating that they feel they can so blatantly lie but it has at least lead to a Reigns versus Bryan match which will surely be better than the originally planned Reigns versus Big Show match could ever have been.


In fact the most controversial storyline development since the Rumble has been The Authority's choice to pit Bryan and Seth Rollins against each other on the January 26 RAW. Rollins had been pinned by the WWE champion the night before. Bryan had been fairly ousted from the Royal Rumble by Bray Wyatt. If they were looking for men to compete for the right to beat Reigns for his title shot both Wyatt and Rusev would have been more deserving. 'The Eater of Worlds' lasted longer than anyone else in the Rumble, held the joint record for most eliminations in the match, and, as mentioned, threw out Bryan. Rusev was one of the other joint record holders (the third was Reigns) and was the final man eliminated. Both had done more to warrant a crack at 'The Big Dog' than Bryan and Rollins.


But it was Bryan and Rollins who got the shot and Bryan that won. Which brings us to Fast Lane, where Daniel Bryan will wrestle Roman Reigns for the right to go on to WrestleMania and challenge Brock Lesnar for the WWE championship. There are a few reasons this match exists. Probably most important is that it gives people some hope that D-Bry will replace Reigns challenging Brock Lesnar for the WWE world championship at WrestleMania 31. It also serves to quieten down the people who are still arguing that Bryan is more deserving of a title match than Reigns. Finally, it's there to guarantee Reigns a good match on his way to almost certainly dethroning 'The Beast' at WrestleMania.


Initially I didn't think Bryan had a prayer of winning this match. I expected it to be all about solidifying Reigns as a top guy. There's nothing wrong with that. He has his limitations but there are worse people that could be in Reigns' spot, and WWE's needed fresh faces towards the top of the card for years. The Reigns push is a step in the right direction.


But over the last few weeks, as Reigns has continued to receive mixed responses on TV and WWE have gone out of their way to keep D-Bry looking strong, I'm not sure. It's possible that the reason Bryan's being protected is so that Reigns defeating him means more but it could also be WWE hedging their bets. I don't think they'd go so far as to write Reigns out of the 'Mania main event but I do think there's a chance we could see a triple threat in which Lesnar defends against both D-Bry and 'The Juggernaut'.


That's going to be my prediction for the match: a draw or no contest of some sort which sets up a three-way. For the second year in a row it would give WWE the best of both worlds: their chosen headliner and the guy the fans clearly want to see there. If I had to pick one guy I'd go with Reigns though. I can't see any reason for WWE to have Bryan win and have Reigns exit the title picture.


One step down the bill in terms of importance we have the first ever John Cena versus Rusev match. At the start of the year I'd been expecting to write about this match in March. For some reason it's been brought forward from its natural home on WrestleMania to the B-level February show. I wrote about this match a few weeks ago and touched on the fact that it may have been moved forward to begin telling the story earlier or because something else is planned for Cena at 'Mania (read that here). The latter seems unlikely. I imagine there's been a decision made to make the February pay-per-view more worthy of people's time than it has been in the past. If so, good.


It's tough to predict a winner for this bout. Cena is very rarely an obvious loser. He isn't one here. Rusev would stand to gain a lot from a series of strong showings against and victories over Cena but the writing team's track record in the star elevation department has been less than spectacular over the last few years. A double disqualification of some sort is a possibility to set up a rematch at WrestleMania but I don't really want to predict that twice on one show, especially in the top two matches.


I'm going to be hopeful that they'll do the right thing and have Rusev beat Cena here and in all matches of this series so that someone else can benefit from that first win over 'The Bulgarian Brute'. It would be even more impressive to beat an undefeated Rusev if he holds multiple victories over Cena.


Also announced for the show is a face-to-face meeting between Triple H and Sting. Their grudge began at November's Survivor Series when Sting debuted and helped Dolph Ziggler get his final elimination in the Team Authority versus Team Cena main event. That result saw The Authority banished forever. Forever apparently lasts less than a month and a half because they were reinstated by the end of the year and since then Sting has made further appearances to antagonise 'The King of Kings' for literally no reason at all.


It would be nice to think that their confrontation at Fast Lane would be where we'll find out what 'The Vigilante's' motives are. Sadly I don't think WWE have thought things through that far. They just know they need Sting to face someone at WrestleMania and they've gone with Triple H. Something half-hearted will be offered up as a token gesture but we won't get a logical reason for Sting to be gunning for a man he's never had anything to do with before fourteen years after the company they're linking him to closed down.


The two will agree to a match at WrestleMania. That's all this segment exists for.


There's also a Stardust versus Goldust match announced. It's a match that has been rumoured for every WrestleMania for the past three or four years and it's finally happening here. At Fast Lane. For a WWE mid-card match there's a lot of backstory here. Stardust was created last year when Cody Rhodes convinced himself he'd become the weak link of the team. Since then he's become increasingly unhinged, recently going so far as to declare Cody dead.

Hopefully this match signals the beginning of the end for the Stardust character. It's been an enjoyable diversion but long term it can only be a hindrance to Cody. He doesn't necessarily have to win to look like a prospective star again but it wouldn't hurt. I don't think he will though. I think Goldust will win here, prompting a retirement stipulation rematch won by Cody. Winning that could be used as the trigger to make him realise how crazy he's become.

Beyond that only three matches are announced. Intercontinental champion Bad News Barrett defending against Dean Ambrose, Divas champion Nikki Bella defending against Paige, and tag team champions the Usos defending against the Brass Ring Club. Yes, that is a lot of title matches. Of the three Barrett v Ambrose will likely get the longest but I think it will just get trumped in terms of quality by the tag battle. Although it's nice to see 'The Lunatic Fringe' in a programme with someone it's disappointing that WWE are so clearly with how to use him. Slinging the IC strap on him would do the title some favours but it's hard to see it as anything other than a move being made out of desperation.


The tag match would be the ideal opener. It will likely be one of the best matches of the night and if they're given anywhere in the region of fifteen minutes the four men will do something tremendous. The challengers have racked up a number of non-title wins, both in singles and tag matches, against Jimmy and Jey over the last month but that's more likely to mean WWE are trying to wrong foot us than anything sensible or logical. I'm hoping Cesaro and Kidd win, the feud continues and we get a six person tag at WrestleMania (or on the pre-show) with Natalya and Naomi involved.


The Divas title match should be won by Paige. She's the best female wrestler on the main roster right now and is the best chance of turning the Divas division into something worthwhile. A women's scene centred around Paige, Natalya and Naomi could be excellent but it seems depressingly farfetched to expect anything resembling that to come about anytime soon. Nikki will probably retain so that she can drop the butterfly belt at the bigger show next month.


With such a slender card we can probably expect a couple of additions. A six man tag team match pitting the oddball trio of Dolph Ziggler, Ryback and Erick Rowan against Seth Rollins and two other guys seems plausible. The two other guys could either be big Show and Kane or Jamie Noble and Joey Mercury. Noble and Mercury could probably make a six man tag match quite fun, so I'd hope for their involvement. Of course a Ziggler v Rollins singles match would be best of all but that's asking too much.


Big Show performed his most recent turn on the February 13 episode of SmackDown, punching Kane just because. They made peace on the following RAW but the latest instalment in their best of 4,001 series could be added to Fast Lane to get them both onto the show. Their inclusion on pay-per-views seems to be a priority for some reason.


Lastly the Prime Time Players pretty much reunited on the pre-Fast Lane RAW when Titus O'Neil saved Darren Young from The Ascension. That would be a logical tag match to include. Titus and Young are both disposable too. That counts for a lot when considering opponents for The Ascension.


The most interesting thing about Fast Lane is how many of its matches seemed to have been peeled off of the WrestleMania line-up. Rusev versus Cena is the obvious example, but Paige v Nikki, the battle of the Dust brothers, the tag title match, and Barrett v Ambrose all could have been saved for the bigger show. That's either a good sign that tells us WWE have prepared an amazing WrestleMania or a bad sign that tells us they're splurging early and they don't know how to follow up. We'll know in a month's time, won't we.