Another Conversation With Dan Pryce

Last December I adapted a lengthy exchange left on a Facebook comment into a blog post (read it here). It was between myself and Dan Pryce. People who pay too much attention to this blog may remember Dan being referenced before and since that conversation-cum-blog post but it remains his sole contribution.


I thought it would be nice to change that. Because Dan’s a naturally funny and smart guy and it comes across surprisingly well in text (perhaps it helps if you know him, I’m not sure). Facebook conversations about wrestling between he and I are pretty frequent but it’s rare for them to rival the length and all-encompassing nonsense of the previous conversation post.


But there was one from the beginning of August that was mostly focused on the SummerSlam main event and what will follow it. As I still agree with everything I wrote here I thought it would be sensible to post this instead of retyping it all in a more traditional style. For the record Dan actually started the conversation with “In other news.” I want to clarify that so it’s clear nothing’s been cut out.


So now, for the second time ever, Dan Pryce contributes to That Wrestling Blog…


Dan: In other news, would they do Sting-Lesnar? Would they?


Lesnar beating Cena, then Sting dropping from the rafters would be a mark out moment. The resulting match would be drivel.


Dave: They might do the match. The rafters should be out of the question after Owen. I'd rather they went territories: turn out the lights for long enough for Steve to walk to the ring then put them back on. Massive pop and Heyman can sell a heart attack. Everyone wins.


But let me put this to you: would you rather Sting or The Rock make a post-main event SummerSlam cameo?


Dan: Rocky. Just a big stare-down. Though I'm pretty sure they're keeping Lesnar for Reigns. Or the returning Bryan. Though Bryan may never return. I don't think Reigns will be ready, even by WrestleMania. So The Rock. That was a roundabout way of getting to the same conclusion. 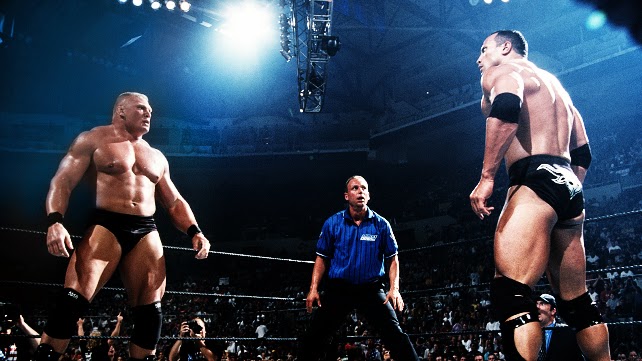 Dave: I think they're definitely saving Lesnar for Reigns. Doesn't mean they can't give him Sting or Rocky to go over at NOC or the Rumble. Something about the stretch of shows from October to December makes me feel they're beneath Rock and even Sting, who I've never understood the appeal of.


I've no interest in Sting v Lesnar if it happens. In fact I think I’d actively be against it. There's no reason for it to happen. They're not the sort of names who get tossed into the same "dream match" scenarios. And it would be awful.


On a related note I could see Lesnar sitting out Survivors to save his dates and a ten man tag headlining instead.


Dan: I'd like that. He'll defend against Cena at NOC, in a rematch. Because: who else? Batista return? Possible? Imminent?

Dave: Actually I think Batista's a likely candidate for a post-SummerSlam main event cameo. Or a return on the following night's RAW.


Dan: I'd like an Authority versus everybody else tag match. They haven't done one yet. Survivor Series would be the best place to hold it. You could have a team led by Aitch and a team led by Reigns. Some kind of ridiculous stipulation involving title rights or company control or some such. I always used to enjoy that. Putting your company up casually in a match.


Dave: Vince was crazy about defending the company in matches. Why did the board stand for it?! 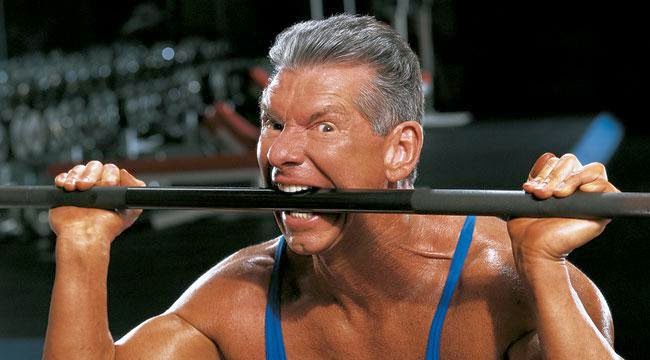 Survivor match pitting Team Reigns v The Authority would be excellent. They could do some interesting things with teammates turning on teammates to set things up for future feuds. Triple H, Orton, Batista, Kane and Rollins versus Reigns, Ambrose, and three others. The three others bit is where things fall down. They don't have a deep enough roster.


It'd probably be the Usos, which makes me want to weep.


Dave: In fact, Wyatt could be face by then. There's potential in the Wyatt Family, Ambrose and Reigns teaming. Then the December show could have a six man of the Wyatts v Evolution.


Then they could slowly build to Wyatt v Trips at 'Mania.


This is pointless chatter though. Survivor Series will be headlined by Cena v Batista in a Lack of Interest on a Pole match.


I still don't miss Punk. I feel nothing about Punk's absence. I realise only that he kind of existed for about 8 months and I watched none of his matches after The Undertaker one.

Dave: Stopping robbers with a broken neck. If this were ECW that would become his chief gimmick. Heyman would be dressing jobbers as fans and having them leap the rail to get their necks snapped during D-Bry matches.


I don't miss Punk either. There was nothing for him to do and I wanted him to take time off. I am looking forward to his hypocritical return in time for a WrestleMania in a few years’ time though.


Dan: I can't think of any matches he could have, even now, that would interest me. His great foil was Cena. He needed Cena, and Cena needed him. They had fantastic matches.


Dave: The only fresh matches are singles ones opposite The Shield guys but none of them interest me, even though I like Regins, Rollins and 'Brose. Even Punk v Wyatt wouldn't do anything for me and I love me some Wyatt.


Punk v Bo would have held my interest before Bo's streak ended.


Dan: I'm excited for Lesnar to get the title, somehow. They should have given it to him earlier. Also, he should have a) beaten Cena in his first match b) never had one match, let alone three, with Hunter c) broken the Streak but tried to make a good match out of it. 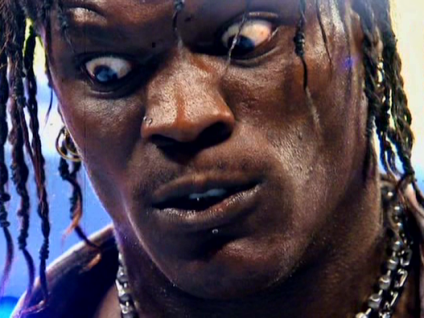 (At this point I posted a lengthy scenario detailing how Bo’s streak ending could have been a bigger deal. I’ve edited it out of this because it became this blog post. There didn’t seem much point in having it on the blog twice.)


Dave: Lesnar should've been undefeated since 2012. The Streak ending would've had more impact and been easier to accept were that the case.


Dan: That Bo idea would have been excellent. He's such a perfect character for that. I'd like him to start doing self-help videos.


Come to think of it, who will Lesnar face?


Reigns? Mania is seven months away.


Dave: Orton v Lesnar is fresh, strange considering how long they've both been around. I'm desperate to see a mid-air reversal from an F5 into an RKO.


The other question is who will Reigns face? He needs to be prepared for a 'Mania main event against a former UFC champion and the man who ended The Streak in which the title's on the line. That's a tall order in seven months, and that's with him being pretty good now.


Lesnar v Cesaro is likely. It would have made a lot more sense to keep Heyman with Cesaro, obviously, which is probably why they got split. Nobody in WWE seems compatible with sense.


What we learned from this is that Lesnar's world title reign is going to be awful until its final couple of months. By which point people will have stopped caring.