Several wrestlers are associated with numbers. Rey Mysterio wrestles with 619 written on his gear and performs a move of the same name. Ric Flair was famously a sixteen time world champion. 'Stone Cold' Steve Austin is synonymous with the number 3:16.

As of Sunday 27th January CM Punk can join that list, his claim to numerical fame being his 434 day reign as WWE champion. The length of individual reigns are not usually noted by wrestlers or fans. Sometimes a longer time elapses between title switches than others, but it's never really noteworthy. Most of the time a title run is remembered as long, short or average.

Punk's second WWE title run is a different story for two reasons. Firstly the ongoing counter became a defining attribute of Punk’s character. There were updates every Monday night on RAW telling us how long the historic reign had lasted. The final tally will always be an essential part of this period of Punk’s career.


The second reason this number will be linked to Punk is slightly more abstract. He is now the sixth longest reigning WWE champion ever.  Whenever anyone looks back in the history books of professional wrestling and WWE (by which I mean Wikipedia) they will see the name CM Punk. 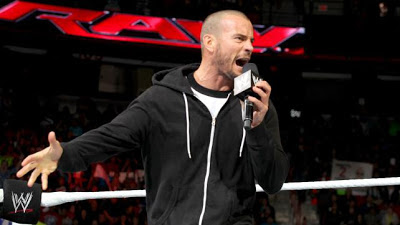 The former champ
Putting the numbers aside (because that sort of theme will only get a blog entry so far) Punk deserves an enormous amount of credit for his impressive reign. Yes, wrestling is a predetermined sport and as such he never went into a defence without knowing he would leave as champion so it wasn’t an accomplishment in a sporting sense. His feat was not accomplished with defences in the ring, it was made by navigating the multiple perils and pitfalls of WWE backstage politics.


Surviving more than a few months as WWE champion is not an easy task. WWE is a company with a proven track record for preferring title reigns that last, on average, no more than a few months. Lasting from Survivor Series through WrestleMania Season is an accomplishment in itself, as is avoiding dropping the belt to the ever-present threat that is John Cena. That Punk won his second title with no plan in place to drop it got him off to a good start, but somewhere along the way he must have played the game to some extent. And he won. Good on him.


Punk kept himself relevant and interesting in the champion role for well over a year, rarely entered duff performances, and made the company’s number one prize meaningful again. Years of inconsequential reigns, arbitrary title switches, and champions who didn’t act like they had won anything special devalued the WWE title. Punk’s lengthy time at the top and the clear importance of the championship to him rejuvenated the belt and cemented ‘The Second City Saint’ as a top line act in WWE.


Nobody will beat CM Punk’s 434 day reign for quite some time, nor should they. He lived the WWE Dream™. He was given the fabled opportunity and fashioned it into a memorable run at the top that raised his already considerably high profile. As we’ve seen over the last decade, men who can do that are few and far between.
Posted by Dave at 20:09