Yesterday WWE announced the release of seven talents from developmental contracts. These mass releases come as something of a surprise considering recent news that WWE are keen on signing more wrestlers to developmental deals once their new Florida training facility opens over the summer. I’d assumed there would be no releases with an NXT roster expansion planned. Clearly I was wrong.


Those released were, in no particular order, Briley Pierce, Derrick Bateman, Sakamoto, Percy Watson, and Brandon Traven, along with Divas Audrey Marie and Anya. Here are my thoughts on them…


Briley Pierce is the name that immediately jumps off of that list, being the younger brother of World Heavyweight champion Dolph Ziggler. I’ve seen him wrestle only one match and he didn’t blow me away but his work as a backstage interviewer has always been solid. He could have made it to the main roster in that position. Perhaps that offer was made and he turned it down in favour of sticking with the wrestling. If so good for him for sticking to his goal. 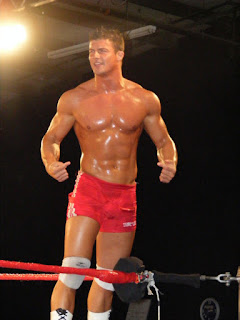 Going...
Like his brother Pierce has a good look. I wouldn’t be surprised to see him crop up in Japan and on the US indy scene over the next year or two before making a WWE return. Whether that’s as an interviewer or a wrestler is impossible to tell, but I’m sure he’ll be back with the company at some point. He’s too good for them not to utilise.


Sakamoto is another notable name released. He worked on the main roster last year as a manservant to Tensai (now… sigh… Sweet T). He didn’t really get to do very much in the role beyond take the occasional beating from his master. When he got bumped down to developmental it seemed like his release was on its way. Turns out it was but the guy hung on longer than I thought he would.


His path back to WWE doesn’t look especially rosy. The promotion seems less and less interested in Japanese stars. See their lack of an offer to the supremely talented Takeshi Morishima, their disinterest in keeping Yoshihiro Tajiri around, and a complete lack of a working relationship with any Japanese federation for proof of that. If Sakamoto’s going to make a name for himself in wrestling New Japan, All Japan or NOAH seem like his best options.


Audrey Marie seems like a particularly strange release to action considering the dire state of the women’s league. I think it’s fair to say that she hadn’t really done anything to stand out thanks to being scripted almost identically to Summer Rae. She did well with what she was given though. I’d have liked to see her given her own character and a chance to work with the main roster Divas.


I’d seen nothing of Anya but from the look of her she could have improved things too. At this point it’s hard to think of a way the Divas division could become worse.


It sounds callous but Brandon Traven seems like exactly the sort of guy who’d be part of a mass release. Looking like he does I can’t imagine him making it to the main roster. He doesn’t look like a WWE Superstar™. Outside of joining the Wyatt Family I don’t think there was any way for him to graduate from NXT. 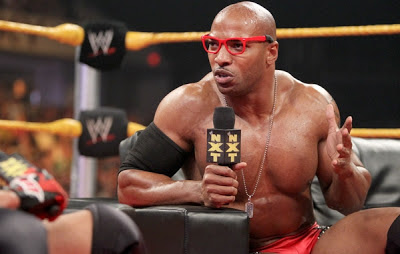 
Percy Watson was (and is) another guy who didn’t strike me as having the main roster look. He wrestled very mechanically and didn’t appear to have much of a personality. If he’s to return to WWE he’ll need to work on a lot.
The news of Derrick Bateman’s release is probably the biggest surprise after Briley Pierce. Bateman was one of the cast of NXT’s fourth season in 2010. He was impressive on the show, displaying good timing and facial expressions as well as a firm understanding of ring basics. He always seemed on the cusp of getting a regular gig on the main roster but it never quite panned out for him. He’s one of several guys in NXT that I felt deserved a call-up in the near future.


If those in charge of TNA and ROH are smart both organisations will offer Bateman contracts. I think he’d be a great benefit to both companies. Not only that but a stint in either could provide him with the seasoning he needs to hone his skills and get a second shot with WWE. 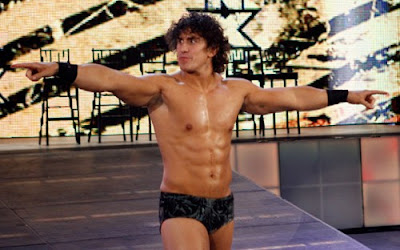 ... gone.
The likelihood is that this is WWE getting rid of talent who they've deemed aren't quite ready yet as opposed to just  firing people to make savings. It's not the damning move many people seem to take it as. Bryan 'Daniel Bryan' Danielson was released from his developmental deal in 2001 and worked regularly as enhancement talent for years before he got a regular deal. It was travelling to different regions and working new styles that helped him improve to the point where WWE wanted him back.


Even CM Punk, arguably the most successful indy standout to sign with WWE over the last decade or more, was close to getting released in 2006. He was saved by Paul Heyman fighting to be allowed to use him in the revived ECW.

If any of those released pursue a wrestling career away from WWE they'll be doing the right thing. The key is to continue showing passion for the business and search for new places to improve. That could be Japan, Mexico, Europe, TNA, Ring of Honor, SHIMMER, EVOLVE or the dozens of smaller federations that propagate the USA. If they can go to any of these places and grow as performers there's a chance they'll make it back at some point. Let’s be honest, everyone released wants to get back to WWE.
Posted by Dave at 20:42