The not-at-all-anticipated return to the ring of Alex riley. That and that alone is what this episode will be remembered for.


Tweet 1: I am watching NXT.
Tweet 2: Marking for Enzo's leopard print jodhpurs.
Tweet 3: So is Cass a character from The Fast Show now?
Tweet 4: I miss the days of Sin Cara botching his entrance every week. Might start a Bring Back Mistico campaign.
Tweet 5: Sin Cara kicking out of a double team at one. What a dick. Mistico wouldn't have done that.
Tweet 6: Genuinely want to see Cass v Kalisto here. Don't think it's going to happen.
Tweet 7: "The headbutt!" - Rich Brennan on an elbow


Tweet 8: Cass and Enzo v Blake and Murphy will not be a masterpiece. Should be a laugh though.
Tweet 9: And it'll probably give us that Carmella turn we're all waiting for.
Tweet 10: Looking forward to this Schwarzenegger sponsored episode of NXT. Two matches and fan tryout filler. I'm down.


Tweet 11: This video putting over Alex Riley. My word.
Tweet 12: His awful music. His finisher being called the A-Bomb. His declaration that he was a future WWE champion. So many bad memories.
Tweet 13: Then this pic... 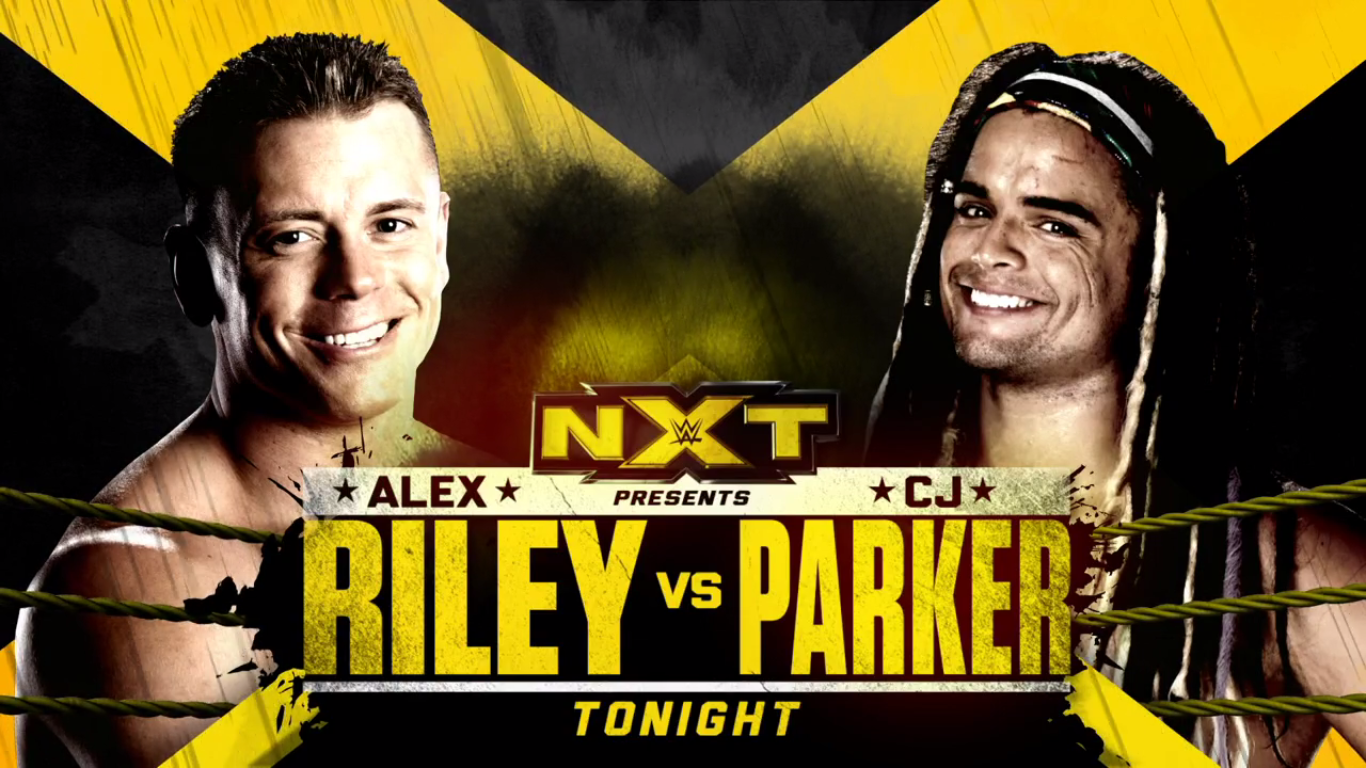 
Tweet 14: I like the implication that Carmella danced all the way through the break.
Tweet 15: Also enjoyed the ref being uncomfortable at her gyrating near him.
Tweet 16: Carmella mixing leopard print with the black and white stripes of a zebra. Sort your life out.
Tweet 17: The crowd are pretty quiet here. Makes me suspect they're more into former indy standouts than I originally thought.


Tweet 18: That or it's the end of a taping and they're knackered.
Tweet 19: Or it's just hitting them that there's an Alex Riley match on the way.
Tweet 20: "She calls that the Sparkle Splash!" - Rich Brennan


Tweet 21: Earlier today... Riley sat in front of some lockers wearing a T-shirt with "hard knocks" written on it and a back-to-front baseball cap.
Tweet 22: I hope dressing like a Saved By The Bell character is his new thing.
Tweet 23: "What if you were locked in a cage for two years?" - Alex Riley
Tweet 24: "It's time to rage" - Alex Riley
Tweet 25: That was one of the funniest interviews I've seen in ages. It wasn't meant to be, obvs.


Tweet 26: Depressed that CJ's going under to a man who's greatest achievement is standing at ringside while Miz main evented WrestleMania.
Tweet 27: Alex Riley there, looking like he's just stepped out of WCW's mid-card circa 1995.
Tweet 28: "You gotta remember Alex Riley has been at WrestleMania!" - A-Tensai, forgetting to mention Riley didn't wrestle there


Tweet 29: Riley won with a Blockbuster. Too apt for words that he's using Buff Bagwell moves.
Tweet 30: Best thing about that segment was Owens' generic subpar promo.
Tweet 31: I spoke too soon. The best thing was the closing shot being Alex Riley in tears.


Tweet 32: Look! Look everyone! It's Tyler Breeze and his selfie stick! #swoon
Tweet 33: "Knees into the mid-section" - Rich Brennan on knees to the face
Tweet 34: Itami pressing the right shoulder button at just the right time for a textbook No Mercy counter to that light B press kick.
Tweet 35: Every week Rich Brennan manages to sound more like Vince McMahon. That's quite the feat.


Tweet 36: I love me some Vince but his is not commentary to be emulated.
Tweet 37: Prospect of a G2S has woken this crowd up. Commentary team acknowledge it by saying the crowd wants to see the "best" from Itami.
Tweet 38: Pleased Breeze went over. It was his turn after Takeover: Rival. Itami can win the feud at the next one.
Tweet 39: Final shot: Tyler Breeze looking like a svelte He-Man.
Posted by Dave at 10:37