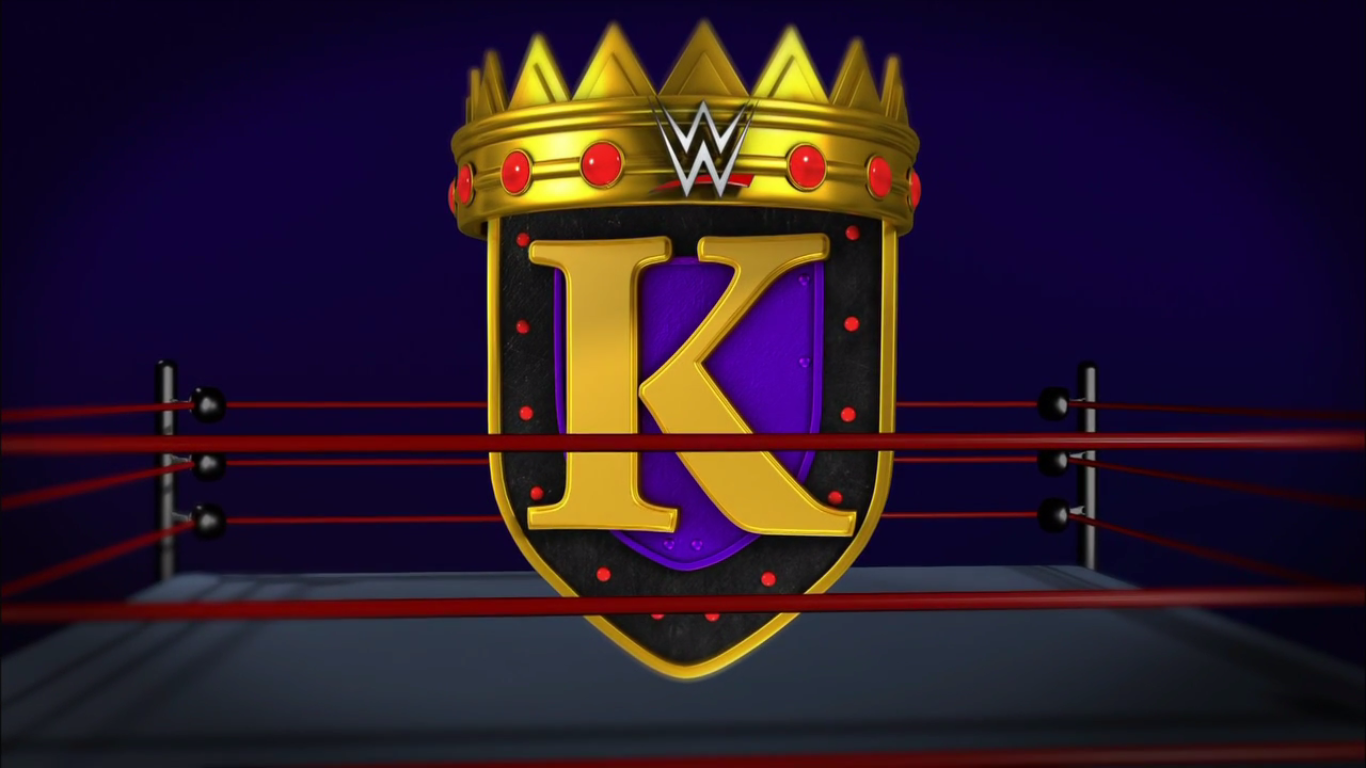 As part of an effort to load up the Network with original programming for a week the decision was made to resurrect the King of the Ring tournament. The reasoning behind creating a "packed" week on the Network was that it would encourage those experiencing a free trial to sign up as full members. Whether or not a live Chris Jericho podcast with Stephanie McMahon and a Mick Foley comedy special are enough to get that done I don't know, but I suspect they are not.


I also suspect that King of the Ring, done in the style it was, was not a subscriptions winner either. The announcement that what was once a fairly prestigious tournament was made on Sunday night. By Tuesday evening the tournament had concluded. This brevity goes a long way towards explaining what was wrong with the approach. What could comfortably have provided the Network with original programming for a month was crammed into two nights, only one of which benefited the Network.


Had the longer course been taken the tournament would have seemed more prestigious and the accomplishment of winning would have seemed greater. More could have been made of the tourney's history and status as a career launcher. That status is admittedly spectacularly hit-and-miss (for every Steve Austin there's a Mabel) but the less impressive winners could have been downplayed or flat out ignored.


Delaying the opening bracket until Tuesday, instead of racing everything through, would have created time for guys to go out on RAW and discuss their desire to be entered into the tournament and win it. The course actually taken left no time for this, which contributed to the overall rushed feel of the thing.


Finally, there were the entrants. For the most part the choices were fine. Ambrose, Ziggler, Sheamus, Harper and Barrett were all perfectly logical additions. Stardust was a mild surprise, given the writing team's disinterest in him since WrestleMania. Neville, the man who sold his first name for a shot on the main roster, was an obvious addition too. As a newcomer he benefited from being put n the same level as other names involved in the tournament.


The only actively bad entrant was R-Truth. The man is on the same level as the likes of Curtis Axel and Heath Slater, losing almost all of his matches and sticking around on the roster as a featured good guy jobber. There's nothing wrong with a guy having this position (someone needs to fill it) but entering such a guy into an eight man tournament is stupid. It dilutes the meaning of the tournament if someone who loses all the time gets entered and it denies younger, more popular guys an opportunity for more screen time. Damien Sandow, Ryback, Cearo, Tyson Kidd, Kalisto, or any member of New Day would have been a better choice than Truth. In fact, the entire thing could probably have been fleshed out to include sixteen men without any difficulty (although that would have necessitated the longer approach WWE seemed to want to avoid).


Three of the four opening round matches on RAW were enjoyable. Ambrose and Sheamus showed that they work well opposite one another. A series between them wouldn't be the worst thing WWE could do. Ziggler v Barrett was good but a tad on the basic side, perhaps due to the fact that the pair have worked with one another before and failed to give us anything new here. Stardust v R-Truth was bad. It was always going to be but it was made worse by 'The Suntan Superman' winning. Neville versus Harper was a truly great match. Although it was disappointing to see Harper lose again he wasn't weakened by the loss because the match was so competitive. And, y'know, wins and losses mean little in WWE anyway.


The King of the Ring show opened with a video package highlighting past kings. In order, we saw Austin, Triple H, Lesnar, Randy Savage, Booker T, Harley Race, Bret Hart, Edge, and Sheamus. This was a solid acknowledgement to the tourney's history but far more could have been done with more time. Jerry Lawler was introduced to cut a promo explaining how a tournament works (yes, really) and cue up a recap of the four matches the night before. It was filler material as much as anything.


Backstage Sheamus cut a promo designed to show that he was looking past Adrian Neville to the finals. It was basic but it did its job. Elsewhere in the building Nev told Renee Young that he intended win the tournament. He was mostly pretty humble about the achievements he'd made in his month on the main roster. It's a shame that he's not allowed to show the arrogant streak he had in NXT but nuance isn't a thing that guys are allowed on the main roster. He did get to reference NXT though, which was something.


Even though they didn't deviate much form the standard TV formula they produced a good match. 'Great White' knocked Neville about. Neville kept coming back for more because he's plucky. Eventually Dolph Ziggler came out and brought up footage of him beating Shaymo at Extreme Rules. This threw Sheamus off, causing him to miss a Brogue kick which allowed Neville to hit him with a roundhouse and the Red Arrow for the victory. The finish was cheap but that's not a surprise. WWE wanted to have Sheamus lose but they weren't prepared to have Neville beat him clean.


After the match Ziggler rushed the ring and attacked Sheamus. They had a bit of a scuffle before being separated by referees. This was all the evidence needed to show that King of the Ring was just a veil to book the usual stuff around.


Backstage again Bad News Barrett said R-Truth should be more worried about him than spiders. This was in response to Truth saying that if he became King he'd banish spiders from WWE. Barrett ended up saying he'd win. But he wouldn't say anything else, would he? The spider talk was quite possibly the reason Truth got added to the tournament. It's the sort of humour Vince loves. You only needed to watch Truth's promo with Saxton to see that. He spent the entire time talking about his dislike of spiders, instead of putting over his opponent or the tournament he was involved in.


The Truth versus Barrett match was better than I'd expected. But then I hadn't expected much so that's not saying a great deal. Bad News got the most predictable win of the tournament with the Bullhammer elbow.


Backstage one again Renee asked Dolph about his accidental assist to Sheamus on RAW (he attacked Sheamus, giving him a win by disqualification). 'The Show Off' called Sheamus a bully and made it clear he was keen on getting another match with him. Barrett and Neville were also interviewed again. They both predicted victories. That was about it.


The King of the Ring finals pitted two Englishmen against each other in a rematch from the Extreme Rules pre-show. That was yet another blow to the tournament's shaky standing: neither man was important enough to appear on the most recent pay-per-view. In fairness having the finals be a rematch of a recent meeting did add something. We knew that Neville could beat Barrett if things went right for him, which made the match seem more predictable than it likely would have been otherwise.


But this was not Extreme Rules. It was Barrett's brutality against Neville's speed and well-placed kicks, and the brutality won out. The story of the match was that Neville's inexperience relative to Barrett and the pasting he'd taken form Sheamus combined to create an insurmountable struggle for him. He had a handful of hopes spots and got in some nice moves, including a lovely top rope Asai moonsault and a deadlift German suplex, but ultimately Neville fell to the Bullhammer after missing the Red Arrow. While the match wasn't bad it could have been a lot better, a fitting end to a rushed King of the Ring.


Although I've knocked this King of the Ring a fair bit there were things to enjoy. Barrett winning, for example, is not the worst thing in the world and while none of the matches were all-time classics the match quality was of a high standard. Having Neville advance to the finals was good too, and he wasn't made to look like a pushover in his final defeat. The King of the Ring format is one that could really work well on the Network. I'd like to see it brought back again next year. If it's given more attention and the winner is given a sustained push (somehow I don't think that's going to be the case for King Bad News) it could be turned into the launching pad it was at times in the nineties.
Posted by Dave at 11:33