A Trio of Triples

On Monday’s RAW Dolph Ziggler was given a highlight moment for his career by the WWE writing team, finally cashing in his Money in the Bank contract on Alberto Del Rio and becoming the World Heavyweight champion. It’s not his first time holding the belt: he was previously awarded it by then on-screen confidante Vickie Guerrero at the start of the February 18th SmackDown. He lost the strap back to Edge before the show ended, resulting in one of the least memorable (and most harmful to a star’s development) world title runs ever.


What made Ziggler’s win even more special and memorable was the reaction of the crowd. They had chanted for Ziggler throughout the Del Rio versus Jack Swagger and Zeb Colter handicap match and gave ‘The Show Off’ a thunderous reaction when he made his way out to cash-in. Their ovation after he’d won made the moment: Ziggler came over as a headline star. 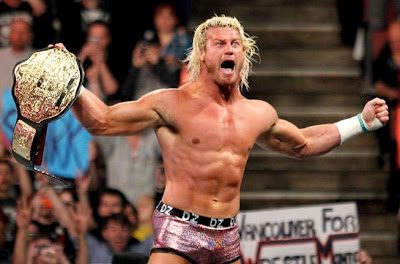 Ziggler doing a Gillberg impression there
Hopefully Ziggler will be permitted to rack up a few months as the WHC this time around. He’s earned it and the fans want to see it (as the RAW crowd proved). If he’s going to become the main event act WWE need then he needs to have a lengthy run with the strap. Picking up some clean victories over main eventers wouldn’t hurt either.


As the former champion Alberto Del Rio is going to be a part of Ziggler’s first feud. With ‘The Essence of Excellence’ having beaten Jack Swagger two nights in a row (WrestleMania XXIX and RAW the following night) it’s possible ‘The Real American’ is going to be moving on to pastures new. There’s still mileage in the racism angle but after two clean wins it’s difficult to see the point of continuing. Swagger being written out is not guaranteed though, and it’s possible Ziggler will simply be inserted into the Del Rio v Swagger feud.


Elsewhere on Monday’s RAW the continued implosion of Team Super Babyface continued as Randy Orton and Sheamus had a tiff over who was going to have the honour of wrestling Big Show. The ‘Apex Predator’ v Shaymo bout ended when Show came out and KO punched both men. With none of the three coming into contact with The Shield (the group that had united them in the first place) during RAW it’s safe to say that the makeshift trio’s issue with them is over and they are instead going to start tangling with each other.


In addition to that John Cena got flattened by both Mark Henry and Ryback during the show too. Perhaps Henry’s antics throughout the show were a swerve designed to make us think ‘The World’s Strongest Man’, not The Ryabck, was going to be Cena’s next challenger. We’re not going to be able to tell what the direction is until RAW on Monday. Either Cena will defend against Ryback alone or he’ll be going up against both men. What a high quality match that would be.


Quality issues aside a triple threat for the WWE championship wouldn’t be a bad thing. It would allow Cena to retain the gold without pinning ‘Big Hungry’, stretching out what should be a meaningful, star-making programme for another month. Ryback could argue that he wasn’t pinned and get a one-on-one shot. That could come at Payback and Ryback could win. Cena could then lose pay-per-view match number three, the singles rematch, at Money in the Bank in July.


Three triple threat matches at Extreme Rules? It looks possible at the moment. Sheamus, Big Show and Orton are probably the likeliest, because there’s no obvious man to drop from the feud. It is entirely based on the three former teammates falling out with one another.
I think we all wanted a lot more from this team (sarcasm)
Both Mark Henry and Jack Swagger could be dropped from their respective feuds. I wouldn’t particularly miss ‘The All American American’s’ involvement because I think Swagger’s gotten over enough to make it work and Ziggler would be better served with a singles programme as the new champ.


As mentioned above, I don’t think cutting Henry would necessarily be the best direction. To be honest both he and Swagger will probably be omitted because I can’t see WWE promoting three triple threat matches on one pay-per-view. Maybe Swagger’s racism could become more overt and Henry could go face to tangle with him at Extreme Rules. Actually, maybe not.


While it’s not likely we’ll see the three three-ways at ER but I do find it strange that WWE’s scripting makes it seem like we could.
Posted by Dave at 12:55