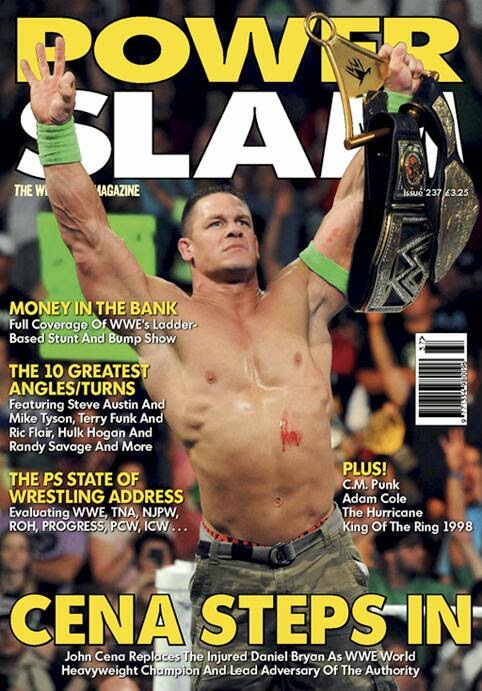 Anyone who reads Power Slam Magazine will have discovered in the most recent issue that it’s to cease publication. Editor Fin Martin will instead focus on writing at least one eBook and updating the previously malnourished Power Slam tie-in website. This comes as a blow to wrestling fans around the world.


Power Slam has for years been one of my primary sources for discovering things about the wrestling business. It’s been the most reliable source I’ve ever known for fair, detailed analysis of every aspect of the business, for insightful interviews, and for a basic understanding of how and why the bizarre and contrary world of wrestling works the way it does. The vast selection of wrestling news websites have always been there offering the same bits of gossip and rumour as each other, and they’ve been great but they’ve not had the substance or depth of PS.


Power Slam is what I read when I wanted more, when I wanted something written well and written knowledgably. Or when I wanted something that highlighted current absurdities, be they McMahonisms, amusing signs in crowds (the quality of which have fallen drastically over the years), Twitter foolishness, or ridiculous lines from promos. It was the magazine that offered a bit of everything. And I’m sure I’m not the only one who thinks this.


Reading PS is what made me want to start this blog. I don’t think I’ve ever really managed it, but I wanted to write something in the same vein. I wanted more coverage in the Power Slam style available to wrestling fans (although obviously I was never going to benefit from it because I was creating the content). I think I’ve possibly achieved a level of similarity over the years I’ve been writing here, but never the quality. Basically, without Power Slam I wouldn’t be writing and posting this here now.


I’ll miss the magazine a great deal. Fin Martin and his team are a talented bunch of writers who never put out a bad issue. It was always written and presented professionally, and always achieved the same high level of quality. I’m looking forward to the eBook and increased coverage on the PS site a great deal but I’ll miss having something to pluck off the magazine rack every four-to-six weeks.


So thank you to Fin Martin, Ernie Santilli, Mo Chatra, Greg Lambert and everyone else who contributed to the magazine over the years. It was always a pleasure to read.
Posted by Dave at 19:06